Why London's Phoenix Cinema has rejected takeover plans by Curzon 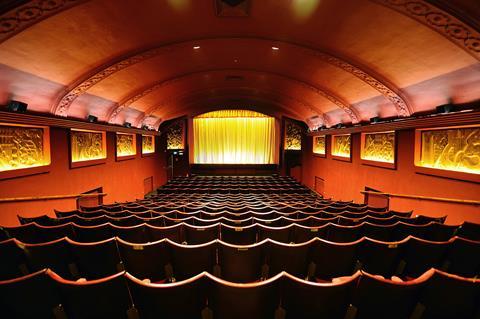 The future of the historic Phoenix Cinema in north London remains unclear after plans to hand over its management to the Curzon Cinemas exhibition chain were put on ice, in response to protests by staff, locals and leading film industry figures over the move.

The charitable Phoenix Cinema Trust, which has run the venue since 1985, said in a public statement late last week that it would not go ahead with the Curzon partnership for the time being.

The single-screen venue in the north London suburb of East Finchley – which opened for business in May 1912 with a silent short drama inspired by the Titanic ocean liner that had sunk just weeks earlier – is one of the UK’s oldest independent cinemas.

Under the deal, announced in September, Curzon Cinemas was to have taken over marketing, programming and ticketing activities and was also planning investment in new seating and a revamped bar.

The trust said it had hatched the plan in the face of mounting financial problems after “several years of unprofitable trading” and a growing risk of insolvency for the venue.

The announcement of the partnership as a done deal met with opposition from staff, clients and a number of film industry figures who said it threatened the venue’s independent community spirit. The dispute came to a head an emotional public meeting called to discuss the plans last week.

A source close to the stand-off suggest the trustees had underestimated the strength of feeling over the cinema’s independent spirit.

“They thought they were coming to a rubber-stamp meeting, to present the deal… instead they met with opposition from staff and clients who said they had not been consulted and accused them of bullying,” she said.

Opponents of the plan, she added, felt the trustees had failed to explore other fund-raising options such as the Lottery Fund or the BFI and that the Curzon Cinemas partnership had been thrown together as a quick fix.

Celebrity supporters of the campaign to keep the venue independent –including filmmakers Ken Loach and Mike Leigh as well as Led Zeppelin singer Robert Plant –were among those expressing their delight at the decision to put the Curzon plan on hold earlier this week.

The future of the cinema remains, however, far from clear. Behind the scenes, the Phoenix Cinema Trust has since sent a note to the subscribers to the cinema’s membership scheme warning that if the venue’s cash flows fell below £25,000 (understood to be the cinema’s monthly salary bill), it will enter into the Curzon contract immediately.

It said the cinema had £75,000 in its account but that a cash flow forecast showed this was anticipated to fall below £15,000.

The trustees said that it would re-discuss the situation at its AGM on December 12 but campaigners say the staff, trustees and cinema supporters need to come together sooner.

“What we need to do is get ourselves in a place where we’re all fully aligned and working together. We need to get a date in the diary, to sit down and work out how we can work together. We’re all trying to achieve the same thing, which is, keeping the cinema independent,” said the source close to the independence campaign.

Curzon Cinemas said it had given its “full blessing” to the decision to put the partnership on hold. It emphasised the fact it had been approached by the trust, rather than the other way around, and had envisaged the plan as a partnership rather than a way of taking full control of the theatre.

“Our primary concern at Curzon is supporting a vibrant, diverse and healthy film culture. Phoenix Cinema is a much-loved venue and longstanding trading partner. We hope that the staff and patrons of the Phoenix understand that our interest is in the ongoing success of the cinema,” said Robert Kenny, director of cinema development at Curzon.

“Many of our films have played with them over the years, most recently Cold War and Dogman, and we hope there are many more years of fruitful collaboration to look forward to.

It looks set to be a decisive few weeks for the beloved venue.