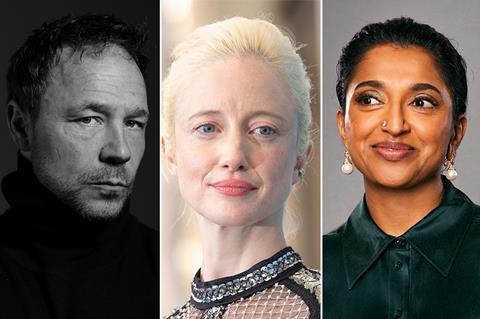 Graham and Riseborough will play Mr. and Mrs. Wormwood, while comedian Vee will play Mrs. Phelps. They join the previously announced Alisha Weir, Emma Thompson and Lashana Lynch in the cast.

Matthew Warchus is directing and Dennis Kelly adapted the film from the Tony and Olivier award-winning musical based on Dahl’s children’s story, with music and lyrics by Tim Minchin.

Matilda tells the story of an extraordinary girl who, armed with a sharp mind and a vivid imagination, dares to take a stand to change her story with miraculous results.

Producers are Tim Bevan and Eric Fellner for Working Title, and Jon Finn and Luke Kelly for The Roald Dahl Story Company.