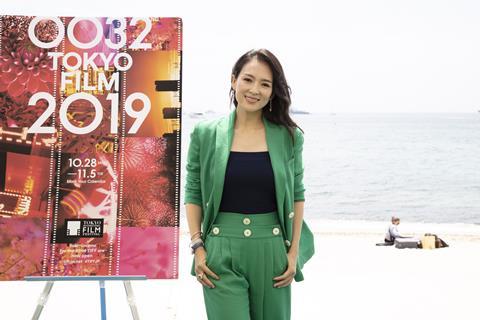 TIFF announced the news at the on-going Cannes film festival, where Zhang has been invited to present a master class.

Zhang made her feature debut in Zhang Yimou’s The Road Home, which won a Berlin Silver Bear in 2000, and also has credits including Zhang’s Hero and House Of Flying Daggers, Ang Lee’s Crouching Tiger, Hidden Dragon and Wong Kar-wai’s The Grandmaster. She received BAFTA and Golden Globe nominations for best actress for Memoirs Of A Geisha, directed by Rob Marshall.

TIFF director Takeo Hisamatsu described Zhang as “one of the leading actresses in the world, but the impact she made in her first feature film The Road Home is still unforgettable. She later starred in Princess Raccoon, Seijun Suzuki’s final film, which earned her many Japanese fans.”

Zhang said: “When I first came to Tokyo, it was as a young actor who was travelling outside of China with her first feature film. I was immensely touched by the warmth of the reception for The Road Home and witnessed first-hand the love and passion that Japan has for the art of movie-making.”

This year’s TIFF will take place October 28 to November 5 at Roppongi Hills, EX Theater and other venues in Tokyo. Japan Content Showcase, including the TIFFCOM film market, is taking place slightly earlier from October 22-24 in Ikebukuro.