Nujoom Alghanem, Sounds of the Sea

Emirati filmmaker and poet Nujoom Alghanem talks about her feature-length documentary Sounds of the Sea capturing a way of Emirati life that is dying out. 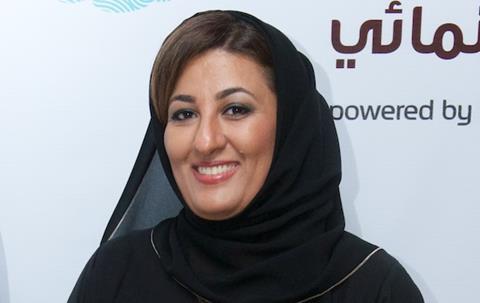 Nujoom Alghanem’s Sounds of the Sea, which premiered in the documentary competition of the Abu Dhabi Film Festival (ADFF) this week, is a poetic portrait of a forgotten fishing community on the Um Al Quwain Creek.

A world away from the shiny modernity of Abu Dhabi or Dubai, its elderly fishermen reminisce about the voice of the legendary sea singer Saif Alzibadi, which used to resound across the creek as they went fishing in traditional mahmel rowing boats.

Now in their 70s and 80s, they still own the fishing concessions along the creek but have hired immigrants to do the work they and their forefathers once did. These newcomers have brought songs of their own.

Despite their advancing age, dwindling numbers and the dilapidated state of their old rowing boats, the men dream of making one final trip with Alzibadi to hear him perform once again at sea.

Alghanem talks about the film which was backed by the ADFF’s development and post-production fund SANAD, Abu Dhabi’s twofour54 and Nahar Productions.

How did you discover the community?

My original plan was to make a documentary about Saif Alzibadi. He was one of the most famous sea singers in the country. I’d learned about him through my husband (the celebrated Emirati poet Khalid al Budoor), who is fascinated by the Emirati heritage and traditional music. Unfortunately, by time I got the funding he had fallen ill so we had to change our plans and that’s how we started discovering the other characters and ended up coming to Alzibadi through them.

It seems a very traditional community? Was it difficult to get access to them?

It was difficult. Of course, firstly because, I’m a woman and also because they’re very, very shy. They’re extremely polite but when you ask personal questions, they hesitate, some would put up their hands and say ‘please’, meaning ‘no’, ‘enough’. I was constantly afraid I might offend them.  For that reason, it was impossible to film their families. They keep their wives in the house because they don’t want anyone to see them.

How did you feel about this?

I tried to find a solution by creating this dream like woman who floats along the shore, inspired by the women in their poetry. I found it challenging but also fascinating because on the one hand they talk about these ideal women and their relationships with these women all the time but it’s imaginary – not physical or real.

The cinematography captures the creek and its waters beautifully. Can you talk a bit about that?

Italian DOP Marco Pasquini worked on the film. I needed someone who could handle a camera on the move. We worked with a handheld because we were constantly jumping from sea to land, sea to sea, land to sea. It would have been impossible to use a tripod. Also, the film is very intimate and I felt a handheld camera would be most suitable. I also need someone who was used to filming water and underwater and Marco has filmed several films in the sea.

I watched Sounds of the Sea at ADFF some 24 hours after seeing Ali Mostafa’s opening pan-Arab, buddy, road movie From A to B. They present two very different visions of Emirati life. I was fascinated by the contrast.

That’s the beauty of cinema. It takes you from one corner of the world to another, from one perspective to another. I didn’t know anything about the world of the creek either until I started researching it and meeting the characters in the film and walking on the same shores with them.  It was a revelatory experience even for myself. I think the magical, amazing world of the creek is going to be a discovery for many other Emiratis who watch the film too, especially the younger generations.