Top brass at the 12th Zurich Film Festival have given the Golden Eye for international feature film to The Happiest Day In The Life Of Olli Maki, the debut feature by Juho Kuosmanen. 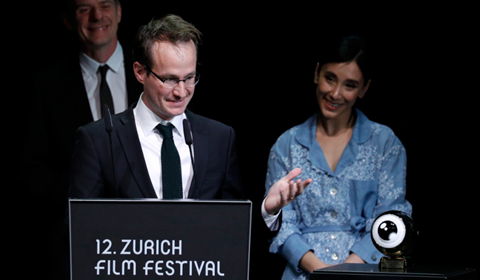 The film, which previously won Cannes’ Un Certain Regard prize and is Finland’s Oscar submission, is based on the true story of a Finnish boxer who is more concerned with his new girlfriend than winning a championship bout.

Kuosmanen told Screen that awards are “always nice” and added that he was especially delighted by the audience reception.

The other top winners were Mrs B, A North Korean Woman by Jero Yun from France (international documentary film) and Hidden Reserves by Valentin Hitz from Austria (the competition for Swiss, German and Austrian films).

Co-Directors Nadja Schildknecht and Karl Spoerri said: “The extensive and ever-increasing viewer interest, as well as the compliments we have received from our international guests, confirm that we are on the right track with our festival strategy…Our blend of emerging cinema in the competition categories and the screening of the year’s biggest film titles as Gala premieres is well received by cinemagoers and industry guests alike. This fact confirms that we are also making the right choices with regard to our programme strategy.”