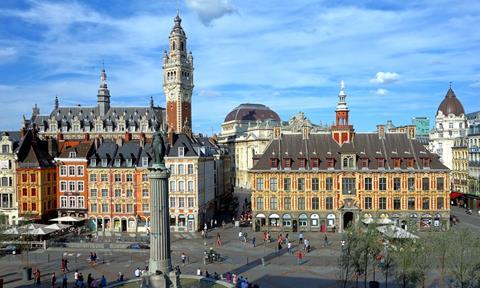 Series Mania, France’s respected festival and co-financing event devoted to TV drama series, will relocate from Paris to the northern French city of Lille for its next edition in 2108, co-creator Laurence Herszberg announced on Thursday.

Herszberg launched Series Mania in 2009 as director general of the Forum des Images cinema centre in Paris in collaboration with her colleague Fréderic Lavigne.

As part of the move to Lille, Herszberg will be stepping down from her Forum position to take the helm of the event in its new location.

Lavigne will continue in his role as artistic director of Series Mania as will Francesco Capurro as head of the co-production forum co-financing event and Jeff Bledsoe, as head of production.

The move is part of a state-backed initiative to set up a Cannes Film Festival-style event dedicated to television series in France.

Somewhat controversially, Lille was selected last March as the location for the new festival and market.

It beat candidate cities Paris, Bordeaux, Nice and Cannes, which saw itself as a front-runner to host the event and has since set up a rival initiative.

In a joint statement with Xavier Bertrand, president of the Hauts-de-France region in which Lille is situated, Herszberg said the re-located event would have a bigger budget and more screening rooms.

Its industry programme, revolving around the co-production forum, will be expanded into a new initiative, The European Project and Talent Market.

“Since 2013, the Series Mania European Co-Production Forum has proven to be the preeminent meeting place in Europe to co-finance TV series projects in development,” said Herszberg.

“The European Project and Talent Market will now go a step further to create a unique marketplace, not only to find projects in development but also to meet original talent and gifted scriptwriters, to discover new series available for the international market and network with the best European enterprises,” she said.

The programme will include pitching sessions, training programmes, film & TV school presentations and conferences, she said.

Since its launch in 2009, Series Mania has grown steadily both in terms of public attendance and its stature as a must-attend event for professionals working in TV drama.

The re-located edition of Series Mania is backed by the French government via the the Centre National du Cinéma (CNC), the Hauts-de-France region and the city of Lille.

“Less than an hour from Paris, Lille’s central location and proximity to Belgium, the UK, Germany, and the Scandinavian countries makes it an ideal host for Series Mania,” commented Hauts de France president Bertrand.