Horror debuts on healthy $5.4m (£3.4m) as Johnny English slips to second; We Need To Talk About Kevin impresses for Artificial Eye. 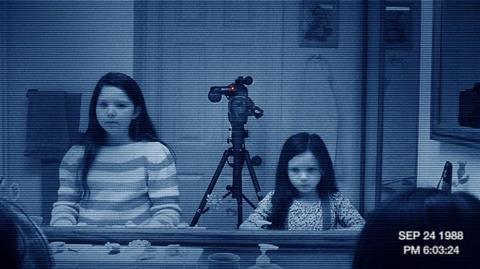 The franchise is still a big draw for UK audiences, profiting from good reviews and canny marketing campaigns and will benefit from Halloween next weekend.

Warner thriller Contagion debuted in third on $2.3m (£1.5m) from 398 screens, an underwhelming performance from a Steven Soderbergh film exuding star-power and decent reviews. In saying that, it was the director’s best result since Ocean’s 13 in 2007.

In an intriguingly competitive Halloween weekend, this coming frame sees saturation releases for Paramount’s Adventures Of Tintin: Secret Of The Unicorn, Sony’s Anonymous, Disney’s The Help, eOne’s The Ides Of March as well as wide releases for Exile Films’ Demons Never Die and Revolver’s Sket.