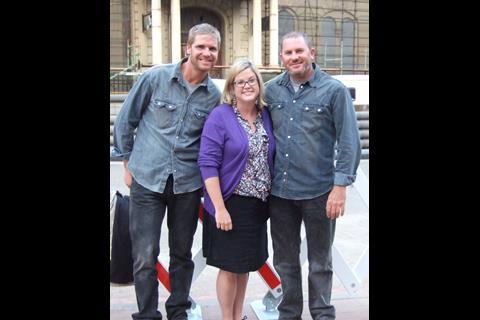 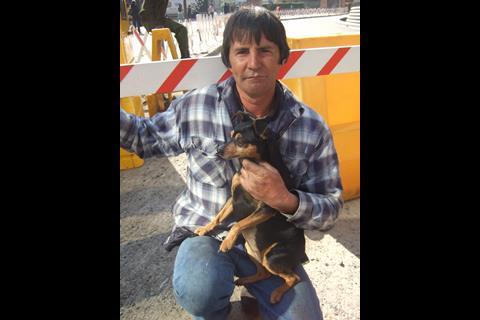 This is the production's ace mechanic Cowboy, who had a big job fixing lots of cars. And that's his dog Trixie. 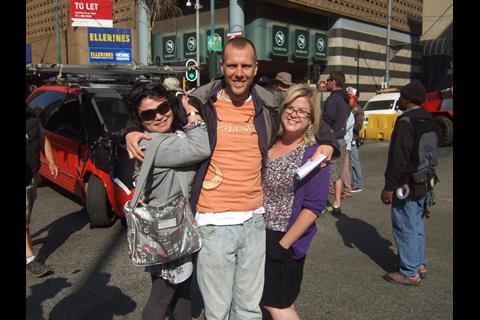 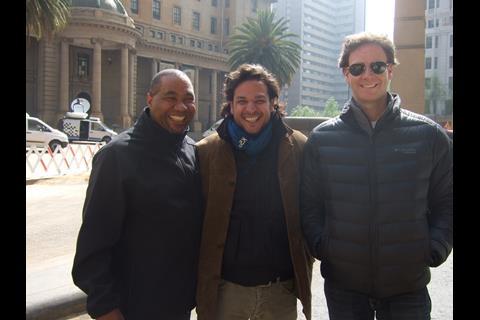 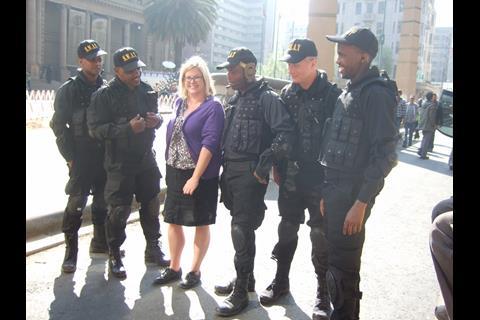 I spent the bank holiday weekend in Johannesburg (as you do) watching Paul Walker drive a car into a supermarket window.

I was visiting the set of Vehicle 19, the new dramatic thriller from Cape Town-based director Mukunda Michael Dewil, the calmest director you’ll ever meet engineering car crashes and explosions.

It was a blast hanging out on set with very welcoming producers Peter Safran (Buried), Ryan Haidarian (ex-NFVF and CEO of Joburg-based Forefront Media Group) and co-producer Gary King, who has worked with Dewil for years on commercials.

Paul Walker (who stars in 95% of the film and also executive produces) was extremely nice and laid-back — so neither fast nor furious offscreen. He wasn’t hiding away in his trailer but instead playing Angry Birds with one producer’s young toddler in between takes. He’s bravely doing most of the driving and stunts himself when possible. As you might expect, he’s a great driver. Walker told me he grew up driving gocarts in Southern California, and that his grandfather was a racecar driver. “It’s a driving gene,” he said. (By the way he was such a nice guy that I refrained from asking him for a photo and got one with his stunt double and stand in instead!)

In this Black List-approved screenplay, Walker plays an American ex-con who goes to Johannesburg and gets caught up with corrupt police after he’s given the wrong rental car. What’s interesting is that the whole film takes place over one frantic afternoon, and the entire film is shot from inside the car. Yes, you read that right, the audience is never leaving the minivan. Quite a challenge for DoP Miles Goodall but the footage I saw so far looks amazing.

Part of the shoot that I witnessed was in a gritty part of Johannesburg called Germiston (a combination carwash/niteclub blasting dance tunes at 10 am added plenty of local flavour) and then moving downtown for a more scenic courthouse setup.

It was a very welcoming set, despite fake SWAT teams lurking around and the sound of cars slamming around.

The shoot wraps its five-week shoot this weekend.

I’ll write a lot more about Vehicle 19 in coming weeks, but for now a few non-official photos in the slideshow above.