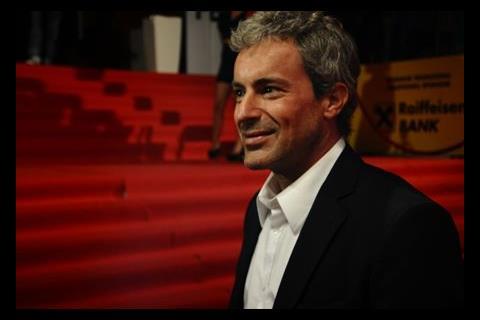 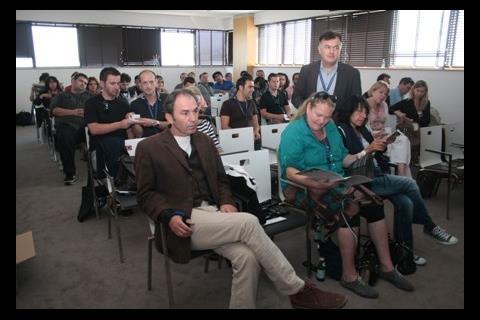 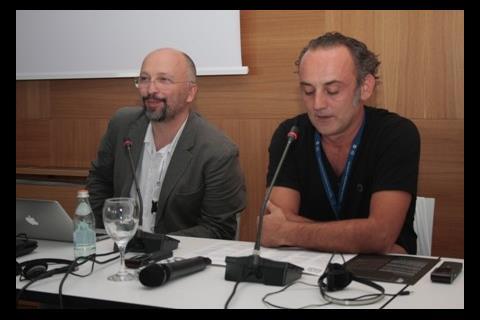 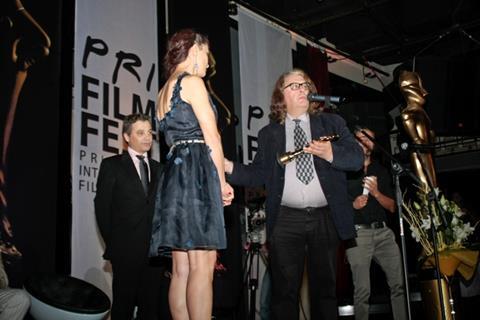 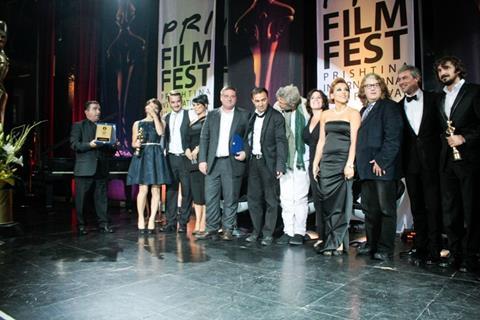 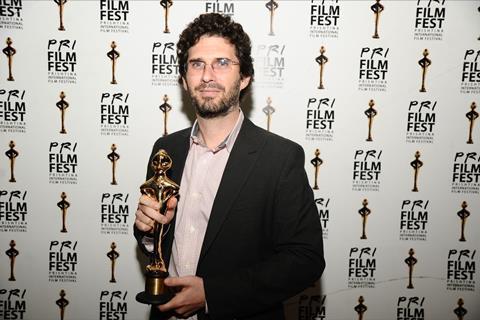 Festival kicked off with Joshua Marston [pictured] presenting The Forgiveness Of Blood.

The third Pristina International Film Festival came to a successful close with a live TV awards ceremony from the swanky Square 21 nightclub in the Kosovo capital. The top prize for Best Film (with €1,000 cash award) was presented by Jury President Gedeon Burkhard (the German star and ex-Commissar Rex) to the Romanian entry Lover (by Catalin Mitulescu),whose lead, George Pistereanu also took the Best Actor prize.

The festival opened on Sept 24 with the Berlinale Silver Bear-winner The Forgiveness of Blood, with director Joshua Marston in attendance. A focus on Balkan Cinema with the curious title Honey and Blood included the Albanian black comedy Balkan Bazar, while the French retrospective brought an hommage to Claude Chabrol with his dramas of malice domestic also somehow seeming at home.

The biggest applause at the awards on Saturday night went to Luli Bitri as  Best Actress in Amnesty, a contemporary Albanian tragedy with echoes of Aeschylus, which also carried off the Audience Award. The Special Jury Prize went to Macedonia’s Punk’s Not Dead (by Vladimir Blazevski), Best Director was Bulgarian Dragomir Sholev for Shelter, while Room 304 (shot in Croatia by Danish debutante Brigitte Staermose) received the Jury Special Mention.

A well-attended two-day event PriFilmForum filled the conference rooms of the Emerald, Kosovo’s only five-star hotel, with excellent presentations of EAVE Training programmes and Funding policies in the region, as well as lively sessions on pitching and scenarios, where a phrase (apparently first coined by a Screen colleague) seemed to characterise current themes in Balkan cinema: drugs,depression,death. But the warmth and genuineness of the local hospitality, and the nocturnal partyings of the young as well as more mature international guests in other pristine venues ranging from the Felliniesque to the Tarkovskian suggest this is a festival with a far brighter future than the country’s troubled past could ever have foreseen.