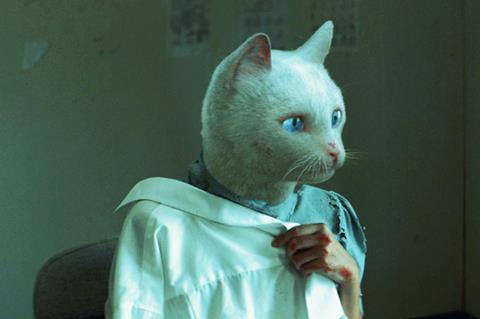 Four Thai filmmakers envisage their country a decade hence in this second film in the ’10 Years’ project, following the original 2015 Hong Kong-based collection. The four short films reflect on a country which, since the military coup of 2014, has seen authoritarian curbs on creative freedom and dissenting voices. Aditya Assarat, Apichatpong Weerasethakul, Chulayarnnon Siriphol and Wisit Sasanatieng all contribute segments to this omnibus. As with many portmanteau structured pictures, quality is wildly uneven.

Idiosyncratic and at times maddeningly elusive

There is a degree of cultural specificity at play here which will likely limit the picture’s impact to Southeast Asia, although to fully understand the nuances of a couple of the films, you probably need to be inside the directors’ heads. The natural home for this idiosyncratic and at times maddeningly elusive projection of Thailand’s future would seem to be the festival circuit, or perhaps even a gallery space.

The first of the four films, Sunset by Aditya Assarat (Wonderful Town), is the most accessible. Shot in pensive black-and-white, the film juxtaposes a police raid on an art gallery – the officers are investigating the opportunities for ‘misinterpretation’ of the photographs on show – with the tentative courtship between a young cop and one of the gallery’s cleaners. The fact that there is a dedicated police division assigned to investigate complaints against art gives a suggestion of a climate of oppression. However much of the investigation and intimidation unfolds off-screen, with Assarat instead focussing on the young man’s inability to find the words to charm his sweetheart. It’s a low key but effective opener.

The second film, by Wisit Sasanatieng (Tears Of The Black Tiger), is titled Catopia. In a somewhat heavy-handed piece of symbolism, the film tells of a young man, the last human left, who lives among the dominant cat people without their realising his otherness. The penalty for being different is harsh – the cat people (conservatively-dressed office workers with CGI cat’s heads transposed on their shoulders) let out a terrifying yodeling death chant and hunt the humans down. Only a strategically deployed ball of wool can distract them.

The contribution from filmmaker and visual artist Chulayarnnon Siriphol, titled Planetarium, is, it’s fair to say, completely out-there. In a segment which borrows the neon pink neo-fascist aesthetic of a 1980s pop video, Siriphol explores a world in which a band of militaristic boy scouts enforce conformity on the populace. Those who fail to meet the norm are fired into the stratosphere to be dispatched by giant space mincers.

Meaning is elusive in the final film, by Apichatpong Weerasethakul. Song Of The City is a wilfully banal slice of lifelessness which unfolds in a city park in Khon Kaen, under a statue of Field Marshal Sarit Thanarat, architect of a military coup in 1957 and subsequently Thailand’s prime minister. Passersby reminisce about old friends, discuss dental health care and attempt to sell each other relaxation gadgets. Any commentary on the future of Thailand – or indeed its current climate – is a challenge for foreign audiences to unpick.

The first film in the series, Ten Years, was banned by the Chinese government, however it went on to win best picture at the Hong Kong Film Awards. It remains to be seen what Thailand’s military dictatorship will make of this oblique commentary on the state of the nation.