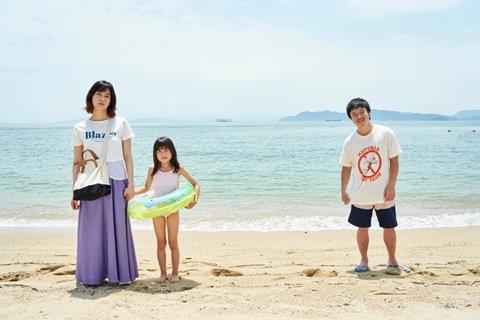 With A Beloved Wife, Shin Adachi turns his own experiences into a prickly portrait of domestic disharmony, exploring an unemployed screenwriter’s sexless marriage to the resentful wife who’s been supporting him for 10 years. Adapting the writer/director’s autobiographical novel, this warts-and-all comedy aims for perceptive laughs about the messiness of life and love, but remains too broad to inspire more than a few smiles and nods. And, while Gaku Hamada and Asami Mizukawa are committed to their purposefully challenging characters, the film struggles to convincingly interrogate their toxic dynamic.

Instead of finding shades of complexity in Gota and Chika’s conflict, A Beloved Wife gleefully trades in stereotypes

Premiering in competition in Tokyo — where Adachi’s directorial debut 14 That Night bowed in the Japanese Cinema Splash section in 2016, and where 100 Yen Love, which he penned, won the same strand in 2014 — A Beloved Wife will reach local cinemas in 2020. Elsewhere, its fortunes are less assured. Endeavouring to examine the simmering frustrations that plague long-term romances, and to stress the importance of seeing past the imperfections of others, the film frequently apes Adachi’s on-screen surrogate; forceful and hardly subtle, it’s usually far too blunt to strike a meaningful chord.

Thanks to the relentless stream of insults that vexed family breadwinner Chika (Mizukawa) spits at the luckless Gota (Hamada), their ceaseless arguing about anything and everything, and his incessant determination to satisfy his sexual urges, the Yanagida household is a hotbed of tension. A typical day starts with Gota’s fumbling quest to sleep with Chika — which she forcefully rebukes — then devolves swiftly. While cute pre-teen Aki (Chise Niitsu) witnesses her parents’ squabbling in their tiny Tokyo apartment, she’s usually more interested in the nearest television. A Beloved Wife’s viewers don’t have the luxury of turning their attention elsewhere, though, and Gota and Chika’s bickering gets repetitive fast.

Constantly called a loser by Chika due to his inability to land a lucrative gig, Gota gets a rare chance to prove her wrong (and, he hopes, prove himself worthy of physical affection) when he’s hired to script a movie based on a real-life teen udon chef. Bundling the family off for a seaside research trip in Kagawa Prefecture, he plans to meet the girl he’s writing about and, ideally, to get Chika to loosen up. She begrudgingly takes time off work, but she’s hesitant, still unhappy, and so committed to cutting costs that relaxing is impossible. So she drinks and complains, he can’t constrain his libido, and their palpable unease builds to an inevitable breaking point.

Instead of finding shades of complexity in Gota and Chika’s conflict, A Beloved Wife gleefully trades in stereotypes; he’s passive, put-upon, immature and desperate, while she’s a nagging, harping, boozing shrew. Even if it wasn’t based on the filmmaker’s own life, there’s no guessing where the movie’s sympathies reside — a choice that undercuts its attempts to unpack the duo’s utter lack of wedded bliss, as well as their reasons for staying together.

It doesn’t help that, despite Hamada and Mizukawa’s best efforts, their thinly written characters rarely feel authentic. It’s obvious that Gota and Chika are both miserable and lashing out due to their own failings, but that’s always treated like a foregone conclusion rather than something to probe and ponder.

If Shogo Kaida’s score didn’t sport such a bemused air, A Beloved Wife might have played as grim. If Masami Inomoto didn’t so lovingly lens the Yanagidas’ coastal holiday surroundings, stressing its juxtaposition to the jam-packed interiors they otherwise inhabit, the feature might seemed bleakly realistic, too. But Adachi’s film is too often content to package its relatable marital malaise in a routine manner — and to serve up flailing awkward humour rather than intimate insights.