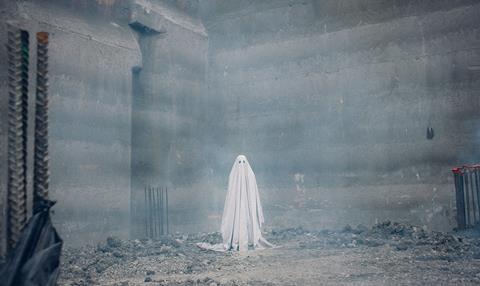 A small, simple story told with exquisite precision and control, A Ghost Story tracks the progress of a recently deceased man who can’t let go of his mortal life, resulting in a drama which overflows with feeling and grace. Sporting an experimental, off-the cuff spirit, Ain’t Them Bodies Saints writer-director David Lowery’s beautifully conceived riff on the haunted-house movie emits an extra glow thanks to challenging but resonant performances from Casey Affleck and Rooney Mara — which is even more impressive considering Affleck wears a sheet over his head for most of the film.

Lowery’s overall strategy is to strip away the spectacle and fantasy from his ghost story — allowing us to focus on the pain of loss which is at the heart of this tale.

A24 picked up A Ghost Story before its Sundance premiere, and the independent-minded studio seems the perfect home for this hushed, thought-provoking love story. Affleck and Mara’s star power, combined with stellar buzz, should make this a must-see for discriminating viewers.

In a few skeletal scenes, Lowery gives us a snapshot of the contented marriage between a man (Affleck) and woman (Mara) living in small-town Texas. (Neither character is identified — the end credits refer to them as C and M.) But after the man dies in a car crash, he returns to his old life simply as a mute figure under a white bed-sheet with eyeholes. With his wife unable to see or hear him, the silent ghost observes her as she grieves.

A Ghost Story is a naturalistic treatment of an old dramatic trope — lovers separated by death — and Lowery tackles profound existential questions about the passage of time and the lack of meaning any one life has in the grand scheme of things. But at the same time, there’s playfulness to Lowery’s film — a low-budget, almost self-effacing humility — that lightens the writer-director’s ponderous themes.

For much of A Ghost Story, Affleck is in the background of the frame dressed in that sheet, a visual that has potential for deadpan comedy. Remarkably, Lowery and cinematographer Andrew Droz Palermo manage to locate what is both haunting and woeful about Affleck’s intentionally cut-rate ghost costume. Consequently, the dead, voiceless husband is an uncommonly sweet, sad spectre, his meagre appearance playing into Lowery’s overall strategy of stripping away the spectacle and fantasy from his ghost story — which allows us to focus on the pain of loss which is at the heart of this tale.

Reuniting with his Ain’t Them Bodies Saints stars, Lowery has again crafted a luminous love story, and the few scenes between the husband and wife when they’re both alive reveal the palpable affection and subtle signs of strain that are apparent in many marriages. If Affleck gives a mostly silent performance after his character’s death — we don’t see his face for much of A Ghost Story — so too does Mara. Yet the actress is exceptional in several silent sequences in which humdrum activities, like eating a pie, suggest the powerful emotional undercurrents threatening to consume her.

Despite its low-key approach — very few camera moves, a subdued sound design save for Daniel Hart’s mournful score — A Ghost Story is actually quite ambitious in its design. Shooting in the boxy Academy ratio, Lowery rounds off the sides of the image so that each frame looks like an old photograph, which lends the film an antiquated quality.