'A Season In France': Toronto Review 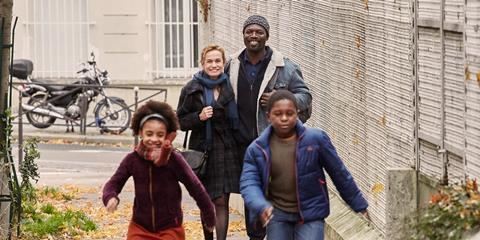 A refugee family is state-less in an indifferent France in this stark no-budget drama by Mahamat-Saleh Haroun. An outsider’s perspective on a dilemma that outsiders face, A Season In France is sure to enter France’s debate over how to treat its refugee population.

Haroun situates his drama in the places that undocumented migrants tend to see, and it’s the migrants’ perspective that sets his film apart

Given Haroun’s stature (A Screaming Man, Grisgris, Hissene Habre: A Chadian Tragedy), A Season in France seems certain to play at festivals and art houses.Sandrine Bonnaire and Eriq Ebouaney will boost visibility, yet as every European country deals with foreign migrants, Haroun’s film could struggle to find an audience outside its home country

The film’s title suggests a tourist brochure. We don’t visit those cultural sites as Haroun’s drama explores a bare-boned anti-aesthetic – the shadowy austerity of migrant life in waiting lines and borrowed apartments.

Abbas (Ebouaney), a former high school teacher in the Central African Republic, is in Paris with his two children, working in a vegetable market and waiting to for a French decision on whether he can stay in the country. A widower, he’s now involved with another vegetable vendor, Carole (Sandrine Bonnaire), who’s white and a French citizen.

France for Abbas and for the migrants in waiting room limbo is a place of sterile official spaces patrolled by guards, with the same cheap food in cheap lodgings every night. Haroun keeps those surroundings simple. Production design, if that’s the right term, is drably realistic. The tough world of the Dardenne brothers is glorious by comparison.

Haroun situates his drama in the places that undocumented migrants tend to see, and it’s the migrants’ perspective that sets his film apart. Ebouaney plays Abbas as a father, haunted by the loss of his wife in the wars of his homeland, seeking to create a new home where his very presence may be a crime if his residence application is rejected. His stoicism is tested at every turn, as his brother cracks under pressure and as he’s forced to move in with Carole, herself the child of Polish immigrants. (It should be noted that Ebouaney was born in France to immigrant parents and Haroun has lived there since the 1980s.)

The tone of A Season in France is grim, with a few moments of tenderness, even touches of humor. Still, this is not a film that you watch for the rare laughs.

For all its empathy, Haroun’s latest can be dramatically stiff. The dialogue of his script often sounds like exegesis, with key events bursting into the story like dramatic illustrations of what seems foreordained. Yet this stolid narrative approach feels appropriate for a film that is as much testimony as it is drama.

Scenes with little or no dialogue are among the film’s most poignant and powerful. In the streets, Abbas and his two children blend into the grey palette to the point of being invisible, although not invisible enough to keep from being pursued by police who hunt for migrants who are ordered to leave. When the family is forced out of its second apartment, the landlord is a Chinese immigrant. So much for outsiders’ solidarity.

Bonnaire, as Abbas’s friend and lover, plays well-meaning Carole without makeup, and with a growing despondency. A daughter of immigrants, she’s still French and white. That difference sets her apart from Abbas and family, whose only freedom as migrants is to walk somewhere else in the hope of disappearing.