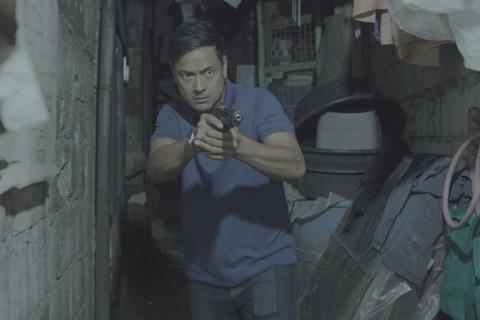 Alpha, The Right To Kill

Strictly speaking, there’s little that’s new in the story told by Philippine crime drama Alpha, The Right to Kill. But that’s partly the point: the tale of police corruption and brutality spun by director Brillante Mendoza (or ‘Brillante Ma Mendoza’, as he’s credited here) is depressingly familiar, but derives a powerfully specific charge from the film’s context: the war on drugs being controversially prosecuted by the Philippines’ current Dutertre government.

Troy Espiritu’s script is taut and to the point, and gives the impression of being grounded in hard research

Punchy docudrama-style execution and an involving narrative that bowls along like, well,  gangbusters, give Alpha an immediacy that’s often been missing from Mendoza’s realist studies of Filipino street life. This director may enjoy auteur prestige on the festival circuit, but it has rarely translated to major distribution currency, even with Isabelle Huppert on board for 2012’s Captive, or after Jaclyn Jose’s Best Actress award in Cannes for 2016’s Ma’ Rosa. Alpha, however, may score significantly both on the art-house circuit and as an upmarket genre title, somewhat in the manner of Jose Padilha’s Elite Squad – albeit with less stylistic flash.

Like that story of hardcore law-and-order methods in Rio, Alpha tells a story of brutal policing rife with moral and social contradictions. The film opens and closes with footage of ceremonial police parades in Manila, suggesting that – as in Hong Kong thriller Infernal Affairs and the Scorsese-directed remake The Departed – we’re in for an exposé of the moral dirt behind the shiny public image. The central cop here is Moises Espino (popular star Allen Dizon), a clean-cut, polo-shirted Manila sergeant first seen capturing a drug seller at a market, with the aid of his young ‘Alpha’, or informant; a street punk named Elijah (Elijah Filamor).

Moises then uses Elijah to play a major part in a SWAT operation to eliminate local drug kingpin Abel (Baron Geisler). Mendoza builds up the nocturnal events with great precision, taking us from the pre-operation briefing, through the brutal raid itself – at Abel’s lair, where the décor includes a giant face of Heath Ledger’s Joker – to a press conference where a seized cache of guns and drugs is on display. One journalist asks, somewhat ineffectually, whether human rights were infringed during the operation, and Moises’s superior gives a glib explanation about defending the people and doing things by the book. In reality, we’ve seen the police implementing a shoot-on-sight policy that has resulted in 10 dead.

We’ve also seen Moises grab Abel’s drug-filled rucksack and pass it on to Elijah, later instructing him to turn the contents into money. A respectable, loving family man with a pregnant wife and two young daughters, Moises is clearly too good to be true, and Alpha somewhat overplays the ironies of his existence; especially when he’s seen hiding stolen material in his daughters’ room, and later jubilantly attending a school PTA.

Parallels are consistently drawn between him and Elijah, who similarly has mouths to feed – and who hides drug sachets in his baby’s nappy to get through a police checkpoint. The film also implicitly parallels the business of turning crystals into hard cash with the hardscrabble recycling of waste material – plastic bottles et al – that represents a more legitimate course of income in Manila’s hardscrabble districts.

Troy Espiritu’s script is taut and to the point, and gives the impression of being grounded in hard research: viewers might raise an eyebrow at an end title insisting that everything seen in the film is “entirely fictional”. DoP Joshua A. Reyles uses the mobile possibilities of digital filing to take us anywhere and everywhere, without restriction –  extreme close-ups of a suspect’s fingerprinting, through kinetic long-take surges along city streets and drug den corridors, to striking aerial shots over city rooftops.

With shooting coursing around the streets of Manila in what sometimes looks like a very on-the-fly guerrilla style, the image may often have a murky, grubby quality, but this roughness simply adds to the overall feeling of authenticity. Diwa de Leon’s intermittent score effectively highlights the genre tension - notably in the raid itself, set to a throbbing drum beat and ostinato strings.