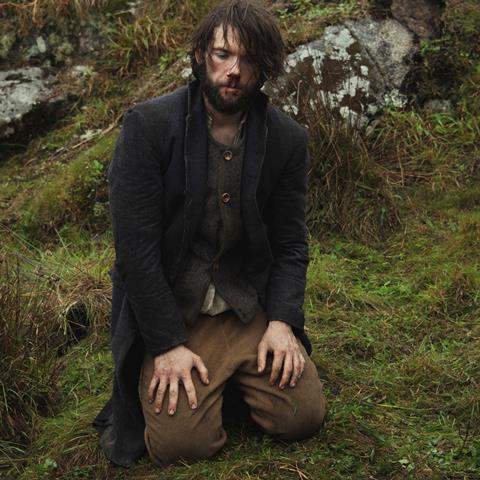 A striking feature debut, Arracht (Monster) is set in the wild shores of Ireland’s barren west coast as the potato blight descends in 1845. Stripped back and fierce, it’s an intense small-scale Gaelic-language drama which plunges the viewer into the cold desperation of those times. Although its story is self-contained and the budget clearly low in the extreme, Arracht is a visually expressive piece centred around a population eking out an existence in sparse shelter on forbidding ground yet whose horizons couldn’t be wider as they take their rudimentary fishing craft to the roiling Atlantic ocean in search of survival.

Set to be one of the highlights of Tallinn’s main selection this year, this tough little drama/thriller benefits from an unusual setting and a flinty approach. A remarkable central performance from Donall O Healai, coupled with dramatic camerawork from DoP Kate McCullough, anchor Arracht and should see it gain some traction with adventurous distributors and diaspora audiences (it could certainly look at awards where there’s a language requirement). If the similarly-themed, more fiscally nourished Black 47 could break Irish box office records in 2018, certainly the bracingly authentic Arracht is in with a good chance of a decent domestic release at the very least.

Writer/director Tom Sullivan drops a tough story of murder and atonement into this bare-bones Connemara setting, as the hard but good life on the land descends into starvation caused by the potato famine and made worse by the greed of the British landowning classes. And although Arracht could be improved by some shifts in emphasis to give the latter half of the plot more clarity and emphasis, he still pulls off an authentic drama/thriller, with a powerful impact.

O Healai plays a fisherman named Colman Sharkey, the son of a long-gone local landowner who lost his smallholding to alcohol – the home-brewed poitin which Colman still makes but now refuses to drink himself.

Influential and well-regarded in the village, Colman is to become a hostage to circumstance when the local priest asks him to find work for Patsy (Dara Devaney), a former soldier in the Napoleonic wars. Colman’s good nature and kind heart, the hospitality of his family – brother, wife Maggie (Elaine O’Dwyer) and beloved young son – will be turned against him in a dark night which irrevocably turns his life as black as the blighted crop which has started to appear in the fragmented fields of the West of Ireland.

Instinctively the viewer shivers as Colman confronts his fate – rarely has a film felt this chilled to the bone. O Healai’s physicality drives this point home: the film requires (in a rather too-abrupt cut which drains momentum) the character to spend two years living in a cave, and the actor physically presents himself believably as such.

Without giving too much away, Arracht’s highlights include a tumultuous night in the home of the local English landlord (a loathsomely compelling Michael McElhatton), and a kinship with a young girl, played affectively by Saise Ni Chuinn. It’s also a delight to see an Irish-language film attempt to blend the country’s tragic history with more modern elements of genre conventions.