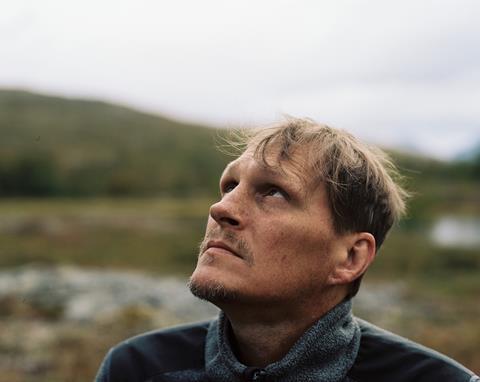 Father-son road-trip bonding sessions are difficult things to get right, as proven by German director Thomas Arlsan’s minor-key follow-up to his 2013 western, Gold. They can be sensitively directed, shot with clarity and finesse, emotionally understated, scored by one of Europe’s most promising young film composers, solid on the acting front – but still rattle with clichés when shaken by exposure to an audience.

…a delicate but grindingly linear, uninflected journey from hatred to hug

This worthy member of the German competition trio at this year’s Berlinale seemed to play better to local crowds, a reaction that will likely be reflected in its commercial future. There’s simply not enough going on in this tale of a divorced father’s awkward attempts at rapprochement with his 14 year-old son in the wilds of northern Norway to gain much traction outside home territories. Festivals programmers, however, may admire Arslan’s mise-en-scène of a story we’ve seen many times before.

Granite-faced Austrian actor Georg Friedrich – something of a regular in the films of Michael Haneke, Ulrich Seidl and Barbara Albert – plays introspective Berlin-based construction engineer Michael. A lovely wordless opening sequence that takes him glumly from work to the book-filled apartment he shares with his journalist partner plays with audience expectations: we assume he’s been laid off, but the bad news was the death of his father – who he hasn’t seen in five years. With his sister refusing to make the trip to rural Norway for the funeral, and his partner announcing that she’s going to take up a posting in Washington, Michael is left, we assume, alone to deal with the past – except that in the rental jeep he drives out of Tromso airport is a floppy-haired teenager, soon revealed to be his 14-year-old son Luis (Tristan Göbel).

By withholding information, this taciturn scene-setting suggests a lot about Michael, his rapport with his father, and the generational cycle of father-son conflict he’s out to break. But it’s one of the few times Bright Nights does anything so memorable. The rest of the film turns into a delicate but grindingly linear, uninflected journey from hatred to hug, which takes the two, after the funeral and a brief sojourn in the reclusive grandpa’s cabin, on an awkward nature trip into the lakes and mountains of northern Norway in summer, when the sun barely dips beneath the horizon.

Luis uses headphones as emotional insulators. Michael, who’s clearly unsure how this father-son thing even works, struggles to control his temper. They pitch tents, run out of petrol, stay on a campsite where Luis strikes up a friendship with a proto-Goth girl from Oslo, and take a ferry across a lake or fjord. There’s plenty of Go-Pro-style dashcam footage of Norwegian scenery, including an uncut, dialogue-free four-minute take on a foggy mountain road, that seems designed as a third-act intermezzo.

Limpidly shot by DoP Reinhold Vorschneider, and accompanied by Force Majeur composer Ola Flottum’s Brian-Eno-ish electronic chords – hopeful, but with an undercurrent of tension – the film makes a good case for the beauty but also the challenging emptiness of this spruce-spiked wilderness.