The real-life ‘Wasp Network’ tell their stories to camera 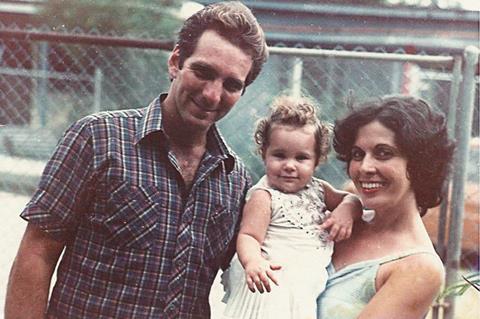 All spies are not James Bond. That laconic comment delivered during Castro’s Spies may be the key to this forensic-level insight into the workings of the ‘Cuban 5’, an elite group of undercover agents who operated out of Florida in the 1990s. Ollie Aslin and Gary Lennon’s densely detailed documentary offers a broader understanding of the individuals and their place in the tangled history of Cuban-American relations. Castro’s Spies will have an imediate appeal to history buffs that could extend to lovers of realistic spy dramas like French television’s global hit The Bureau (Le Bureau Des Legendes).

Compelling as a tale of Cold War intrigue; equally gripping on a human level

Facts are served at a fast and furious pace in the early stages of the film. Aslin and Lennon sketch a potted history of Cuba that ranges from centuries of Spanish occupation through to the war of independence in 1898 and the Batista era of the 1950s when Cuba became an island paradise for wealthy Americans seeking a ’Las Vegas by the sea’. Newsreel footage and gaudy holiday enticements contribute to their punchy history lesson.

The Fidel Castro-led revolution, the Bay Of Pigs fiasco and the Cuban Missile Crisis cemented the mistrust between Cold War adversaries situated 90 miles apart. America’s economic sanctions and welcome for anti-Castro exiles added to Cuba’s vulnerability and the need to defend itself. That is when we arrive at the story of the Cuban 5.

Already the subject of books and films, including Olivier Assayas’ Wasp Factory in 2019, the Cuban 5 were sent undercover to America to observe, report and protect Cuban interests. The heart of the film is extensive interviews with all five - Gerardo Hernandez, Antonio Guerrero, Ramon Labanino, Fernando Gonzalez and Rene Gonzalez.

Blended together with a rich array of archival material, including FBI surveillance footage, the testimony of the five is fascinating. They tell of abandoning unsuspecting families to “defect” to America. In Florida, they assumed new identities, followed double lives and sacrificed all they had previously held dear. Often, this was done in the service of the most low-level activities. Their espionage sometimes consisted of counting the number of planes at Miami airport, aware that an increase in numbers might signal some intent of military action. All the planes were visible to any member of the public.

The scope of the documentary widens to include an interview with Jose Basulto, the Cuban dissident who led Brothers To The Rescue, an organisation whose activities ranged from the humanitarian to brazen acts of provocation towards the Castro regime. The American authorities seemed to turn a blind eye to all kinds of terrorist actions against Cuba.

There is so much to absorb from Castro’s Spies that the story feels in danger of running away from Aslin and Lennon. They have secured interviews with wives and families, lawyers and American officials. All of them are there for a reason, all of them speak to a piece of the bigger picture and lend a sense of balance to the fllm.

Everything does fall into place, leading the viewer towards a sympathetic view of the Cuban 5 and the wider spy cell of the Wasp Network (La Red Avispa). Compelling as a tale of Cold War intrigue and fraught international relations, Castro’s Spies is equally gripping on a human level especially when the focus settles on emotional accounts of what happened to each one of the five.