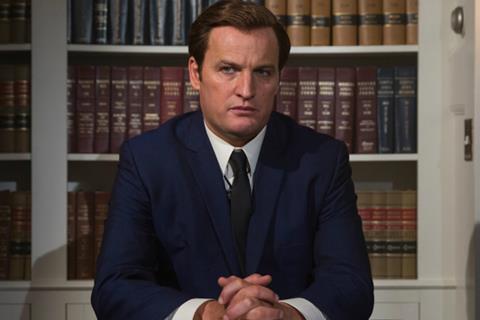 Sometimes, tragedy and scandal inspire a flawed individual to do a little soul-searching — maybe even change his ways. But the grimly compelling Chappaquiddick offers another perspective, dramatising US Senator Ted Kennedy’s infamous 1969 car accident in which he caused the death of an aide, brought shame to his family and, the film argues, learned nothing. Led by Jason Clarke’s expertly shallow performance, this stodgy but nonetheless effective character study is powered by its dispirited mood and dryly critical tone.

Chappaquiddick ultimately succeeds because of its bracingly disapproving portrait of Kennedy as a handsome, spineless, morally adrift man who often acted disgracefully

Purchased by Entertainment Studios before its Toronto premiere, Chappaquiddick comes at a time when the John F. Kennedy era remains a popular cinematic topic, with Jackie and LBJ both hitting theatres in the last 12 months. However, the Ted Kennedy scandal may not prove as scintillating to audiences, and a cast that includes Clarke and Kate Mara may not be starry enough to significantly spike interest.

Chappaquiddick spans about a week in July 1969, beginning as Ted Kennedy (Clarke) is relaxing with family and friends in Martha’s Vineyard. After a night of drinking with Mary Jo Kopechne (Mara), a strategist who had worked on his brother Robert’s campaign, he careens his car off the side of a bridge into a nearby pond, where she drowns. Panic-stricken, Kennedy neglects to notify the police, quickly gathering his strategists to plan how best to salvage his reputation and promising political career.

Director John Curran (Tracks) and writers Taylor Allen and Andrew Logan give the film a starch-y, procedural feel, carefully mapping out Kennedy and his team’s step-by-step scheming. One longs for a more cutting take on the material — something with a little Aaron Sorkin-like sizzle — that would prove more illuminating and briskly entertaining. And yet, Chappaquiddick ultimately succeeds because of its bracingly disapproving portrait of Kennedy as a handsome, spineless, morally adrift man who often acted disgracefully following the accident.

Clarke doesn’t really resemble the former senator, who died in 2009, or worry about imitating his prominent Boston accent. Instead, the performance focuses on Kennedy’s smooth surface, revealing a directionless politician still scarred by the deaths of his brothers and haunted by a fear that he’s not worthy of their legacy. (That impression is hammered home by his blistering father, played with maximum scorn by Bruce Dern.)

Chappaquiddick allows a modicum of empathy, observing how Kennedy feels forced into considering a presidential run because of his slain brothers, but his inability to see anyone other than himself as the victim of this car crash is an indication of his moral failing. Clarke shows him to be an impressive liar, demonstrating how easily Kennedy bends the truth, whether it’s about his feelings for his barely-seen wife Joan or the particulars of what happened leading up to the accident.

Myriad films have depicted telegenic, unscrupulous politicians, but Chappaquiddick twists that narrative by suggesting that Kennedy wasn’t much of a strategic mastermind or powerfully magnetic figure. (His ideas on how to cover up or minimise the crime often fail, and his colleagues are terrified he’ll go to jail simply because he’s incapable of seeming sympathetic.) But when Kennedy has to deliver a heartfelt speech to the nation during Chappaquiddick’s finale, Clarke walks a fine line, making him simultaneously appear sincere and calculating. During the moment in a film when a character finds redemption, Kennedy only finds a new way to obfuscate the truth.

Clarke’s complex portrayal helps distract from his co-stars, who are saddled with underdeveloped roles. Mara struggles to make Kopechne three-dimensional, while Ed Helms is too stuffy as Kennedy’s loyal cousin Joseph Gargan, who eventually realises (like everyone else in Chappaquiddick) that Ted will happily compromise his integrity to remain electable.