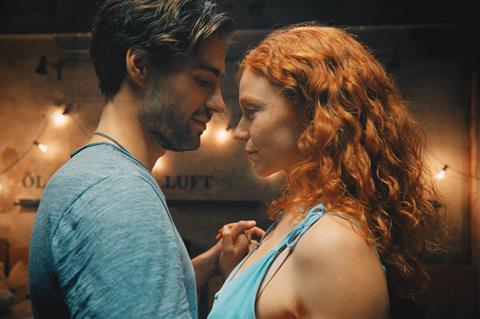 ‘Cleo – If I Could Turn Back Time’

The colourful streets of modern Berlin play host to a fantastical adventure in this inventive feature debut from Erik Schmitt. As 30-something protagonist Cleo (Marleen Lohse) hunts down a mysterious clock with the power to turn back time, her quest — both for treasure and for genuine human connection — may be a familiar journey, but Schmitt’s keen command of idiosyncratic detail and a charming central performance from Lohse ensure the route taken is both surprising and memorable.

The film’s look is the real star of the show

Cleo should capture further festival attention after it opens Berlinale’s Generation KPlus; Schmitt has previously played in Berlin competition with shorts Rhino Full Throttle (2013) and Berlin Metanoia (2016). As an accessible, enjoyable romp that makes the most of its locations, Cleo also seems well placed to find an appreciative audience throughout Europe; that Cleo is a strong, adventure-seeking woman should also prove a selling point.

Speaking directly to camera, a bespectacled historian takes us through a brief history of Berlin, a swift 800-year march which ends abruptly on November 9, 1989 - the day the Berlin Wall finally fell. An expectant couple on their way to hospital are caught in the maelstrom; unable to break through the crowd, complications arise and the mother dies giving birth to her daughter.

Flash forward a few years and Cleo (played as a youngster by Gwendolyn Gobel) is a happy girl, enjoying a close relationship with her father and using her vivid imagination to turn the city into a playground. She is helped in this endeavour by her imaginary friends, who include Albert Einstein and Marlene Dietrich. When they tell her of buried treasure, a mystical clock that can turn back time, she implores her father to embark on a treasure hunt; an endeavour that ends in another tragedy.

Twenty years later, Cleo is a loner, closing herself off from human contact in order to avoid any more pain. When she stumbles across a treasure map purporting to show the whereabouts of the clock — courtesy of charming stranger Paul (Jeremy Mockridge) —  she is determined to track it down, rewind time and save her parents. As she and Paul traverse the city, from Alexanderplatz to Teufelsberg, they grow ever closer but, while Cleo has no problem using both brain and brawn in search of treasure, she struggles to open herself up to love.

With her flame-red hair and bright blue eyes, and framed in the vibrant hues of Claudia Steinert’s production design, Cleo initially seems something of an impossible sprite. Yet Lohse captures the emotional vulnerability of someone whose inability to let go of the past is scuppering her future. She dominates proceedings and, in her wake, Mockridge’s Paul is reduced to flighty love interest. Elsewhere, Schmitt and co-screenwriter Stefanie Ren have populated their film with an enjoyably Coen-esque cast of eccentrics, from the diminutive taser-wielding museum security guard to the bumbling criminal duo who help Cleo and Paul in the more explosive aspects of their hunt.

The film’s look is the real star of the show. Schmitt deploys myriad visual tricks, from animated sequences to optical illusions, expertly using them to augment the story. When Cleo is feeling anxious, her apartment shrinks to the size of her orphanage bedroom. When she’s angry, the plants around her vibrate. She picks planes out of the sky, moves trains with her hands and seems to manipulate the entire city. These fantastical elements are intensified by some glorious cinematography from Johannes Louis, who paints Berlin in vibrant colours and shakes off the dark shadows of its history to turn it into a place of magic and possibility