‘Journey To The Sun’: IDFA Review 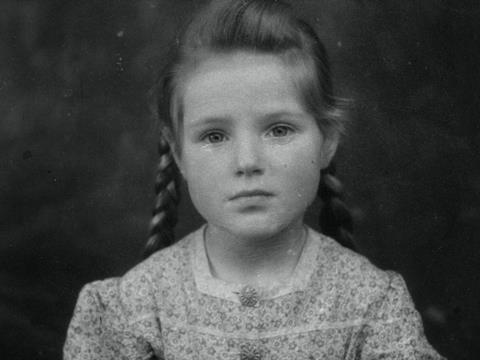 ‘Journey To The Sun’

A patchwork of personal memories which play into geopolitics past and present, Journey To The Sun is an audiovisual experience akin to entering a mind of flickering recollections. Working with her Kintop partner Ansgar Schaefer, veteran documentarian Susana de Sousa Dias focuses on the recollections of Viennese children who were sent to Portugal in the immediate aftermath of the Second World War in a film which lies somewhere between sensory experience, installation, fractured storytelling and a vivid reminder of how displaced and disposable children can become as a result of conflict.

Equally difficult for them was the experience of leaving their adoptive homes to return to the wreckage of the country they had come from.

Bowing at Amsterdam’s IDFA in the main competition, Journey To The Sun seems initially to be a hidden war story, a forgotten tale of these starved and bombed-out war children sent by the religious charity Caritas to the sun and succour of Portugal, a neutral territory until 1944, when the Azores agreement changed its status (a moment hazily referenced here, as a child might remember it).  But it’s a little less and a lot more than that, as Schaefer and de Sousa Dias eschew any such narrative grounding. The audience must piece together the story from imagery and voiceover recollections of those who were part of the journey. Whether they are entirely factual or subject to the embroidery of time is all part of the process. The witnesses are never identified, except, occasionally, through photographs. One speaks in Portugese: did she stay on?

With a certain future at documentary festivals and museums, Journey To The Sun starts in a bombed-out Vienna, with archive footage and verbal memories working in hesitant tandem. The now-adult voices remember a time of hunger and cold, danger and death. They lived through explosions which tore their homes and families apart. They were starved and deprived. A scheme organised by Caritas, a Christian charity, brought them to the warmth and abundance of Portugal for a set period of time (six months seems to have been the standard trip) - these war children attempted to eat oranges with their skins on when they first arrived. They had never seen fruit.

Some as young as six years-old travelled for for five days with scant supervision and labels hanging from their necks as the only form of identity. Once there, filthy and dishevelled, they sat in a group and waited for a host family to select them for temporary adoption (‘picked out like livestock,’ remembers one.) Some were lucky; some were not. Some experienced wealth that they had never imagined; others saw poverty like they had never themselves known, despite their wartime upbringing. Their observations, particularly regarding their reactions to wealth and servitude, are acute. Equally difficult for them was the experience of leaving their adoptive homes to return to the wreckage of their native country.

This could, in other hands, have been a one-hour TV documentary for any history channel - a fascinating footnote to a wider conflict. But Schaefer and de Sousa Dias turn it into an experience which is of acute relevance today. Much is made of virtual reality, but these film-makers achieve an audio-visual immersion here, moving between static photography and slowed-down archival footage, enlarging photographs and focusing in on postcard-sized details. The sounds and music, by Didio Pestano, bring the audience somewhere inside this frightening journey, to sense danger and feel the child’s displacement of war and an exile they don’t fully understand.. His work, in particular, is outstanding, leaving memories in its wake which are key to understanding the children who find themselves in surprisingly similar circumstances today.