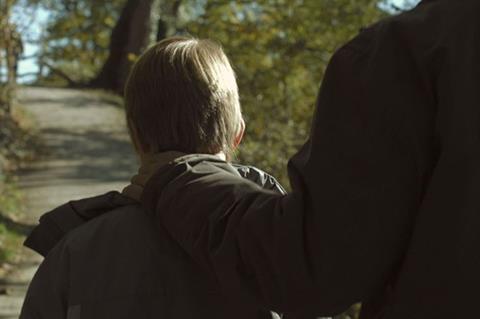 The very idea of a serious film about the everyday existence of a paedophile will be enough to deter some viewers. Add to that the fact that Michael neither judges nor redeems the central figure and you have a film that seems the very definition of a hard sell.

The performances are both commendable in their restraint and plausibility.

Look beyond the subject matter to the film itself and you will discover a rigorously responsible, endlessly disquieting piece of work, acutely sensitive to issues of exploitation. The approach is one of almost clinical detachment that is more akin to an academic study or psychiatric report than a tabloid witchhunt. The intriguing subject matter and assured handling should combine to shine attention on writer/director Markus Schleinzer and attract adventurous distributors to what seems likely to remain a controversial title.

Schleinzer has worked as a casting director on more than 60 films and claims that his work casting and coaching the children for Michael Haneke’s The White Ribbon gave him the confidence to make his first feature. Haneke is an obvious influence on a film that strips away emotion and sentimentality to focus on an almost forensic presentation of the evidence. The tone is cool, the often-static camera acts as a calm observer of events and we only see what is necessary to gain a sense of what is happening.

Michael (Michael Fuith) is a 35 year-old man whose life has all the surface appearance of normality. Everything about him seems unremarkable. He is a dumpy, balding, insignificant man whose beige complexion seems at one with his wardrobe. He is the kind of man that neighbours will say tended to keep himself to himself.

In the earliest scenes of the film we see him arriving home from work carrying shopping. He sets the table, cooks tea and prepares to share a meal. The only real difference is that he will be sharing it with David (David Rauchenberger) the 10 year-old boy who is kept prisoner in his cellar.

We assume the situation has existed for some time, as the man and boy appear to have settled into a domestic routine. Michael even appears to act as a loving parent as he cuts the boy’s hair, allows him to watch a little television in the evening and occasionally takes him out for a visit to an animal park. Time and again, Schleinzer stresses the normality of this abnormality. He makes us realise the Michael could be your son, brother, father or the colleague from work.

If that were all the film had to offer then it might become a little tedious. The conclusion that perhaps paedophiles are just people too would be too trite for such a film.
Schleinzer manages to convince us that the film has much more to offer by gradually extending the focus. There are touches of humour and even moments of awful tension when Michael goes on the prowl to find a companion for the boy in the cellar.

There are even elements of a thriller developing as the audience is encouraged to speculate on how this could all end, if the boy might be able to escape and, inevitably, relating the situation to real life cases that have grabbed the headlines in recent.

Mercifully, Schleinzer spares us the gory details of the sexual relationship between man and boy. He merely allows us a sense of what is happening especially in an unsettling moment when a lustful Michael lounges on a bed staring in anticipation at his quarry.

The performances are both commendable in their restraint and plausibility. David Rauchenberger is especially impressive at suggesting the vulnerability and steeliness of David. His downward glances and the way he flinches at every touch from his captor makes us attuned to his suffering in a way that makes anything more graphic superfluous. The restraint of his performance is in tune with a film that takes the sting from a white-hot topic and transforms it into a troubling, thought-provoking and quietly disturbing drama.