Kosovo makes its mark again in this award-winning debut 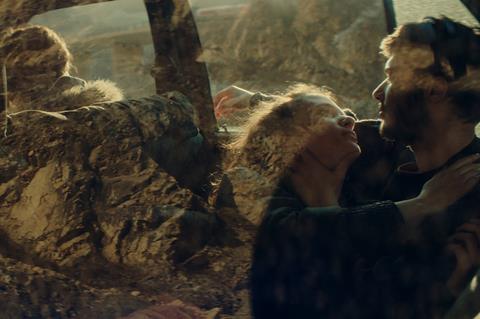 Hard on the heels of Blerta Basholli’s Hive harvesting prizes at Sundance, Norika Sefa’s luminous debut Looking For Venera confirms tiny Kosovo is currently on a wave. Sharing the Special Jury Award in the Tiger Competition at Rotterdam, this minutely-observed study of small-town life near the North Macedonian border focuses on a bright teenager chafing against the restrictions of domestic patriarchy. A striking achievement especially in terms of visuals, atmosphere and performances, this quiet gem will appeal to festivals and channels seeking to showcase emerging talent.

Conveys the idea that we re eavesdropping on actual events occurring in a volatile environment of suffocating intensity, fizzingly wayward youthful energy and inescapable hazard

Among the notable newcomers on view here, the most obviously arresting is Kosovare Krasniqi in the tricky central role of Venera. The character doesn’t have huge amounts of dialogue, but Krasniqi’s saturnine, expressive features — from certain angles reminiscent of a young Jennifer Jason Leigh or Sandrine Bonnaire — leave little doubt as to the depth and strength of her feelings. Sexually, emotionally and intellectually quite mature for her age, Venera is clearly destined for horizons much wider than her run-down native backwater.

She has little patience with the firm parental hand applied by her mother and father (Erjona Kakeli, Basri Lushtaku), who are perpetually concerned that she may “sully” the family’s name by associating with bad influences like her hedonistic best friend Dorina (Erjona Kakeli.) The pals have become highly adept at eluding the disapproving eyes of their kin, enjoying illicit adult-style fun in various out-of-the-way spots including the stygian, smoky darkness of the town’s only rock bar.

A Kosovar who studied film at Prague’s illustrious FAMU and lives in the Czech capital, Sefa has wisely elected to work with experienced international collaborators here. Most crucial is Venezuelan cinematographer Luis Armando Arteaga, who came to international attention via Jayro Bustamante’s Berlinale-awarded debut Ixcanul.

Arteaga’s skills prove as suited to the scrabbly landscapes of post-industrial Kosovo as the damp forests of that picture’s Guatemala; deploying the Alexa Mini digital camera and anamorphic lenses, he yields widescreen images that have the richness of 35mm celluloid. Colourist Gazmend Nela (also one of the co-producers) greatly enhances the visual impact of a work which seems to have some intriguing hue or other in nearly every frame.

Indeed, Sefa and Arteaga appear incapable of crafting a dull or unimaginative composition; they pay great attention to depth of field and the blocking of actors within interiors and exteriors, as well as the manipulation of off-screen space. Allied to the uniformly convincing performances from a large cast that includes many non-professionals, the results convey the idea that we re eavesdropping on actual events occurring in a volatile environment of suffocating intensity, fizzingly wayward youthful energy and inescapable hazard.

In tandem with this loosely organic semi-documentary ambience, however, there is also a sure sense of authorial control in terms of narrative and character development, the absorbing flow of scenes supervised by Sefa in tandem with co-editor Stefan Stabenow.