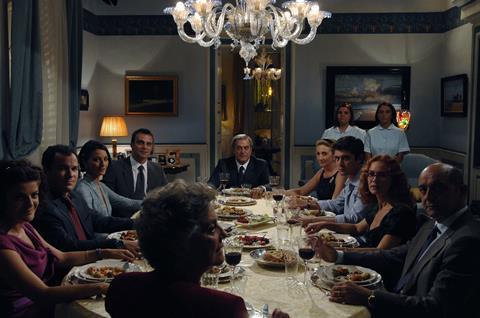 After struggling with his last three films, Italo-Turkish director Ferzan Ozpetek is back on form with the breezy but passionate Loose Cannons, a likeable and commercially viable coming-out comedy set in Italy’s Deep South. With its themes of family secrets, oddball character parts, bittersweet tone and sunny outlook, this is the easily the most Almodovar-esque of all Ozpetek’s films.

This film suggests that Ferzan Ozpetek is moving towards a contemporary revival of the commedia all’italiana genre, which can only be good for him and for audiences

Italian to its core, the film will work especially on home ground, where it is set for release on March 12 through 01 Distribuzione. It may be old hat in Hollywood, but Ozpetek proves that in other territories there is still plenty of mileage in the coming out story, not least because provincial attitudes lag well behind the urban norms. Unfortunately, however, this could mean that the mainly metropolitan audience for foreign language fare might view this as a sweet but rather dated curio that’s a little too broad to be taken seriously.

But their prosperous contentment turns out to be a sham. The next day, Tommaso confesses to his brother that he harbours ambitions to be a writer and is studying literature in Rome rather than business. He also announces that he is gay. But that evening Tommaso is trumped when, just as he is about to announce his secret, Antonio steps in and drops his own bombshell – he himself is gay, and has been having an affair with a worker at the factory.

Unbelieving and then incensed, patriarch Vincenzo casts Antonio out of the family nest, and then suffers a minor heart attack – at which point Tommaso is forced to put his own revelations on hold and step into the family business he’s been trying all his life to get away from.

Ozpetek has changed co-writers a few times recently, but in Ivan Cotroneo, he seems to have found a congenial spirit able to channel that mix of social comedy and social comment that the director has always favoured but never quite nailed. Stories of unrequited love – including a sequence involving the grandmother – lend emotional heft, while Tommaso’s attempts to teach his parents some modicum of tolerance while keeping his own secret under wraps provide some moments of comedy.

But the all-out laughs only kick in when Tommaso’s boyfriend and three other gay friends turn up from Rome, and are sold to the townspeople by proud Vincenzo as ‘lock up your daughters’ lotharios.

There’s a sense in Loose Cannons that Ozpetek, after experimenting with ever more lurid forms of melodrama, is moving towards a contemporary revival of the commedia all’italiana genre. Which can only be good for him – and for audiences.