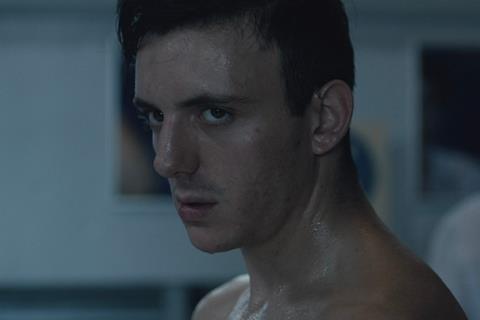 A gay coming of age narrative is threaded together with a journey towards acceptance for a young man grappling with his own religious and cultural identity. This contemplative first feature from documentarian Eric Steel follows a diligent Yeshiva student, David (Samuel H. Levine), who is beginning to realise that he is attracted to men. Through his growing friendship with the elderly closeted gay neighbours of his grandfather; the scorching connection with a cruelly handsome East Village barman (Alex Hurt) and the writing of James Baldwin, David gradually comes to terms with his identity as a practicing Jew, a Russian immigrant and a gay man. Although the film doesn’t shy away from the physicality of David’s self-discovery, the film is as much about his spiritual awakening as it is his sexual one.

The film might not be doing anything revolutionary with the gay coming of age story, but it is heartfelt and honest.

Steel’s background in documentary – he directed The Bridge, about suicides from the Golden Gate Bridge, and Kiss The Water, about a Scottish woman who made an art out of tying fishing flies – is evident in the quality of background research. This film unfolds in the second half of the 1980s, just as AIDS starts to loom over the gay community, and meticulous care taken in evoking both period and location will likely prompt LGBTQ audiences to overlook the somewhat measured pacing. The film might not have quite the same immediacy and commercial potential as the films of Ira Sachs, but there is a kinship in the thoughtful approach and nuanced performances, and a significant overlap in target audiences.

The film is based both on a short story by David Bezmozgis and on Steel’s own experience of coming out during the 1980s. Unfolding against a backdrop which is split between the then predominantly Russian Jewish enclave of Brighton Beach and the burgeoning gay scene in the East Village, the picture peels back the patina of contemporary gentrification to reveal a persuasively gritty and unvarnished city.

David is closer to his clever, professionally-thwarted mother than he is to his bullish ex-boxer father. But more than both, he connects to his wise, recently widowed grandfather. It’s to ensure that his grandfather jumps the waiting list for a Jewish retirement home that David finds himself drafted in as a regular at the same synagogue as gay pensioners Itzik (Mark Margolis) and Herschel (Christopher McCann). The title, Minyan, refers to the quorum of 10 men required for Jewish public prayer; David’s commitment to make up the numbers is as much about expediency as it is about anything else. But through it, his worldview is opened.

Whether carrying the Torah, studying at Yeshiva or in high school, or trapped in his family’s grasp, David’s eyes are constantly scouring for something outside of the frame. Soon enough, his searching gaze locks onto that of another man, and he starts to decode the messages concealed in the loaded glances. Although perhaps a little too mature (he was 23 when the film was made) and assured to be entirely convincing as a gauche teenager, Levine is a striking screen presence.

Gentle rhythms and motifs are woven into the narrative: the covert draining and refilling of the ‘best’ vodka; the inspiring literature class; the score, klezmer infused jazz which anchors David’s story to the traditions of his family.

The film might not be doing anything revolutionary with the gay coming of age story, but it is heartfelt and honest. And at times, unexpectedly hot.

Screenplay: Daniel Pearle, Eric Steel, based on the short story by David Bezmozgis