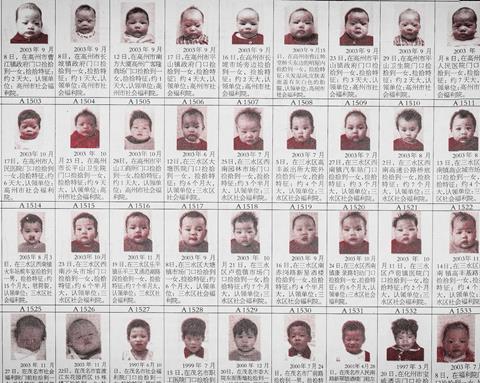 Implemented in 1979, China’s controversial one-child policy was designed to curb the growth of the country’s population on the basis that sweeping measures were necessary for economic development. Having prevented an estimated 400 million births, it was gradually relaxed in 2013 and replaced by the two-child policy in 2015. Taking the family history of co-director Nanfu Wang as its entry point, One Child Nation is an utterly compelling documentary that examines the consequences of this staunchly enforced ‘social experiment’. If it stops short of making an explicit political statement, a series of powerful testimonies leaves a harrowing micro-level impression.

It’s the recollections of termination procedures and the abandonments of baby girls by parents desperate that their one permitted child be a boy that prove severely heartrending.

Although the subject matter will make this an automatic must-see for China-watchers, wider interest is likely given Wang and Jialing Zhang’s sensitive navigation of traumatic personal stories within a bigger picture. Following its premiere at the Sundance Film Festival, One Child Nation should receive further event exposure before gaining deserved attention in limited theatrical release.

Whereas much recent Western media coverage of the one-child policy has centered on ‘Little Emperor Syndrome’ (the entitled nature of only children in upper-middle class or wealthy families), Wang and Zhang focus on the irrecoverable rupture caused in poorer provinces, starting with the Jiangxi farming village where Wang grew up. Ever mindful that she is talking to family members or community elders, Wang’s measured questions result in revealing, sometimes self-contradictory responses. One former family planning official professes immense regret for carrying out abortions; another firmly insists she would do it all over again. Regardless, a common refrain of “we had no choice” emerges.

Wang and Zhang illustrate how this mindset was cultivated through propaganda materials that ranged from the blatant (posters, folk music performances) to the seemingly innocuous (calendars, playing cards) then peel away the façade to reveal an abhorrent reality. They integrate chilling black-and-white photographs of forced abortions, but it’s the recollections of termination procedures and the abandonments of baby girls by parents desperate that their one permitted child be a boy that prove severely heartrending.

A glimmer of hope comes in the unlikely form of human traffickers when Wang’s aunt recounts giving her daughter away for ‘matchmaking’. Yet this black market, which undoubtedly saved lives, was also linked to a web of fraudulent dealings when China’s international adoption scheme began in 1992. It’s a discovery that could prompt scorn, but Wang and Zhang never pass judgment on individuals or grassroots groups. Instead, such involvement is framed as a further unavoidable situation created by a contentious policy.

As with her breakthrough documentary Hooligan Sparrow, which followed the activities of a tireless human rights activist, Wang’s relationship with the subject gives One Child Nation its trajectory. Accessible and empathic, she draws as much on her own childhood memories and the evolving distinction between country and government as on the accounts of interviewees. Wang often concedes that she is belatedly following in the investigative footsteps of others, such as an exiled journalist and the founders of a US-based agency for reuniting adopted children with their birth families. Such developments are indicative of how, if hardly un-researched, this aspect of China’s modern history largely remains shrouded by the country’s self-image.

Suitably delicate music courtesy of Nathan Halpern and Chris Ruggiero and a layered use of archival materials entails that One Child Nation marks an aesthetic departure from the jagged, fly-on-wall feel of Hooligan Sparrow but it’s unmistakably embedded with the same fearless commitment.