A long-standing blood feud between rival families gets reignited in this savage, vividly realised tale 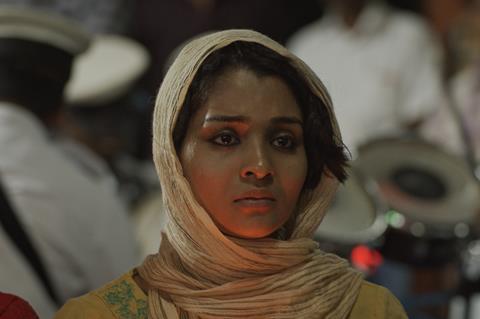 It says something about the level of unrest in a region when each village has its own professional diver whose job it is to haul the bodies of murder victims from the bottom of the river. But especially spare a thought for the person assigned to work the river near the home of Johnny (Basil Paulose): indeed, a blood feud between his family and that of his fiancee Anna (Vinitha Koshy) has cut a swathe through generations of local menfolk. And now, with the release of Johnny’s uncle from prison, the hostilities have reignited yet again. This story of the futility and inevitability of generational violence and cycles of revenge may be familiar — it’s a narrative which, after all, has played out many times before in many locations. But the world of Nithin Lukose’s feature debut is vividly realised, captured with a savage and relentless beauty.

What’s missing here, perhaps, is the female perspective on this carnival of retribution

Lukose based Paka (River Of Blood), which is located in Kerala’s Wayanad hill country, on the stories of his grandmother. It’s a region which saw an influx of migrants from other parts of Kerala between the 1940s and 1970s — migrants who brought with them long-simmering grudges and tensions. The Malayalam-language film, which premiered in Toronto’s Discovery section, was produced by powerhouse indie filmmaker Anurag Kashyap. It should enjoy further festival screenings and could connect with similar audiences to that of Kashyap’s own tale of feuding families, Gangs Of Wasseypur.

For a while at least, Johnny and Anna dare to dream of a future together and an end to the violence which claimed both of their fathers, in addition to numerous other members of their extended families. Nevertheless, their wedding plans are kept under wraps, especially from Anna’s hot-headed uncles. But when Johnny’s uncle Kocheppu (Jose Kizhakkan) returns after fifteen years behind bars, a stranger to his teenage son and repentant for the impulsive mistakes of his past, the wheels of the revenge machine are set in motion once more.

Kocheppu, bearded and jolly, embraces his freedom — a scene in which he rediscovers the joy of cinema is unexpectedly moving. He offers to plan the wedding and reaches out to his enemies in an attempt to broker peace. But while there are machetes to be wielded and ancestral sickles to be sharpened, there will be no cessation of hostilities. The hate-filled grandparents on both sides are not about to let any debt go unpaid. “We always settle our scores in blood,” brags one of Anna’s relatives, apparently unaware of the fact that sooner or later it will be his blood which flows as currency.

What’s missing here, perhaps, is the female perspective on this carnival of retribution. Anna wafts around looking wounded, while her pregnant, bereaved sister-in-law cradles her bump. In Johnny’s family, the main female character is the grandmother, a toxic matriarch with a whole suitcase full of axes to grind.

The generous widescreen cinematography embraces the verdant Keralan countryside. But Paka’s setting really comes to life towards the end of the picture, when a local festival, complete with firecrackers, fairground attractions and warring brass bands, provides a vividly chaotic backdrop to this messy tale of inherited hatred.