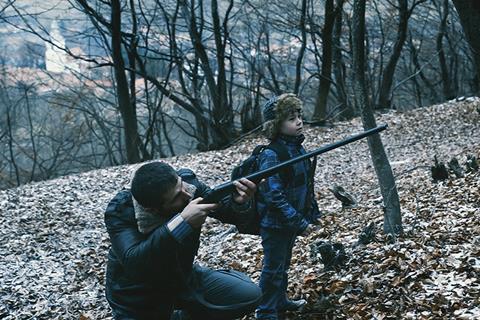 Though R.M.N. could be set just about anywhere in a Europe where racism, nationalism and xenophobia are on the rise once again, Romanian auteur Cristian Mungiu has chosen Transylvania, one of Romania’s most multi-ethnic regions. In the copy of the film screening at Cannes, different coloured subtitles were used to distinguish the various languages spoken by the inhabitants of the small rural town where this fable of intolerance plays out.

Mungiu’s diagnosis feels, in the end, like one we’ve read quite a few times before

It’s tribute to Mungiu’s bravura as a writer and director that, despite the fact that he never quite finishes unpacking a suitcase full of themes and ideas, R.M.N. is never less than an absorbing watch. But it lacks the dramatic heft of his 2007 Palme d’Or winner Four Months, Three Weeks And Two Days, or the finesse of the moral labyrinth he created in his last feature, Graduation. For once in his career, Mungiu has created a baggy film whose story and message don’t always mesh. That said, the message is topical, not to say urgent, and there’s plenty else going on here, including a subtext about man’s exploitation of what’s left of the natural world. Already sold to Mungiu loyalists IFC Films in the States, R.M.N. will travel all the usual arthouse circuits, but seems unlikely to enjoy a long-tail distribution afterlife.

Shot in the dead of winter, as sleet drifts across the sky, icing the roads of a town whose buildings testify to a long-past period of prosperity, R.M.N. embeds the viewer with Matthias (Marin Grigore), a dour, uncommunicative, unsympathetic everyman; the kind of guy who probably hasn’t bothered to vote for years. After getting into a fight at the German slaughterhouse where he works, he bunks off and returns to his native town in Transylvania just before Christmas. His young son Rudi (Mark Blenyesi) has stopped talking after seeing something scary in the forest, his wife Ana (Macrina Barladeanu) is less than enthused to have her estranged husband back under her feet, and his lover Csilla (Judith State) hesitates more than a little before letting Matthias back into her life.

Meanwhile, sheep are disappearing mysteriously from his ailing father’s farm, something that might or not have to do with his German ethnicity (Transylvania still has a small German-speaking ethnic minority, though most left under Ceausescu). Matthias and his dad are not the only odd ones out: Csilla speaks Hungarian, like a substantial minority of the townspeople – and each ethnic community has its own church. There used to be some Roma here too, but their fate is darkly hinted at when one character mentions “that murder nine years back”.

After the industrial bakery where Csilla works takes on a couple of Sri Lankan workers in order to meet their target for an EU funding application, resentments against these foreigners – misidentified variously as Bangladeshi and Nepalese, and inevitably seen as Muslim although Sri Lanka is a Buddhist state – begin to simmer and boil. Sullen and unmotivated, Matthias stays at one very shallow remove from the melee. But he’s capable of casual racism himself, tries to control and coerce both of the women in his life, and thinks a good cure for his son’s trauma is to force him to walk through the woods alone, or teach him some survival skills in this ravaged landscape with its abandoned open-face quarries and poisoned lakes. “People who feel pity die first”, is the inspirational message he passes on to Rudi.

Csilla obsessively practices Yumeji’s Theme from In the Mood for Love on her cello, but when she asks Matthias if he loves her, he can only bring himself to say he does in languages that aren’t his. This resonates later when, at a town hall meeting called by the mayor to defuse what seems to be about to degenerate into a lynching, the only townspeople that stand up for the ‘foreigners’ are their fellow workers – those who have learned that they each, in the end, speak the same language. Shot from a single fixed camera angle, this town hall scene is a dramatic tour de force, but it also feels like an attempt to empty out all the remaining baggage in the film in one go. When a French NGO operative working on a bear conservation project stands up to speak, he has everything from Charlie Hebdo to the legacy of French colonial history thrown at him.

The film’s title – the Romanian acronym for ‘nuclear magnetic resonance’ – is a reference to the brain scan that Matthias’ father undergoes at one point, images from which we see as he scrolls through them on his smartphone. Clearly, Mungiu is of the opinion that Europe might benefit from a similar procedure. But his good intentions meander into a symbolic finale, involving little Rudi, that feels more than a little forced.