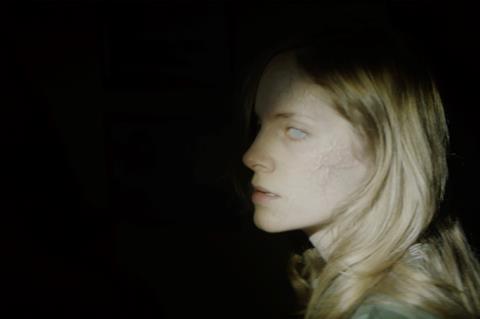 Eerily intimate in tone and positioned on the restrained end of the horror spectrum, Rose: A Love Story is a striking feature directing debut for Jennifer Sheridan. Deep in the woods, off the grid in an isolated cottage, live Rose (Sophie Rundle) and Sam (Matt Stokoe, who also wrote the screenplay). She is stricken by a mysterious ailment; he cares for her, insisting on a strict regime of rules and safeguards. At first glance, Sam’s cautious, over-solicitous dance around his frail wife seems a little over-protective. But it becomes increasingly clear that she is not the only one who needs protection. When they are forced to offer shelter to an injured stranger, the precarious balance of their life together is in danger of tipping over.

A creepily atmospheric study of functioning dysfunction in a relationship

Rose is the latest addition to a growing sub-genre which takes the act of nurturing as a jumping off point for a horror (or horror adjacent) story. There’s a kinship with Natalie Erika James’ Relic, but perhaps the film’s closest blood relative is Let The Right One In. It might not have the requisite scare quotient to win over horror purists, but as a creepily atmospheric study of functioning dysfunction in a relationship, Rose should intrigue further festival audiences and could prove to be attractive to genre-hungry streaming platforms.

Sheridan, who cut her teeth as an editor and a television and short film director, permits herself a few familiar horror tropes: a drone shot follows a solitary vehicle on a road that slices through a pine forest; the generic rumble of threat is a little too omnipresent in the sound design. But where her skill as director shines through is in capturing the quiet, affectionate banality which is the foundation to a relationship which is anything but ordinary. Rundle and Stokoe (a couple in real life) have a natural chemistry together. The fact that the characters’ day to day routine revolves around grisly rituals like Sam applying leeches to his thighs and catching his dinner using snares and a shotgun, or that he locks his wife inside their home whenever he goes out, is balanced by the unassuming tenderness between them.

Intrusions on their self-contained world are jarring. Sam’s hostility when his usual factotum sends a nephew as a replacement seems disproportionate, until we realise that just one deviation from the normal routine can be fatal. But when Amber, a young runaway, stumbles into one of his traps, Sam is forced to shelter her temporarily in their home, placing all three of them at considerable risk. It’s a risk which is mainly articulated through creaks and groans in the sound design, rather than through a gory pay off.

Ultimately, describing the film as horror is perhaps slightly misleading. It is, as the title states, first and foremost a love story. It’s just the kind of dangerous love which, according to Sam, is like “being pinned down by some great big animal that you didn’t see coming.”