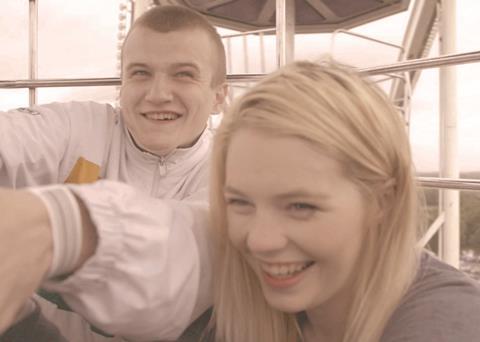 The year that Gemma was born was the same year in which she was robbed of a future. Gemma’s birth – to a drug addicted mother who abandoned her as an infant, and a father who doesn’t feature in the film – coincided with the closing of the local steel plant. And now the best that Gemma, and most of the other kids in her working-class housing project or ‘scheme’ in Motherwell, Scotland, can hope for, is to get “locked up or knocked up”. The facts of life for the teenagers in Gemma’s circle are as hard and unpromising as the squat concrete blocks which house them. But this extraordinary documentary weighs the bleak details – and they are, at times, almost unbearably grim – against moments of lyrical beauty and even humour. It’s a remarkable achievement.

This is the first feature for both co-directors. Previously, Fiske made several short films and Hallin worked predominantly as a cinematographer; she is currently shooting Lukas Moodysson’s television series, Gösta. This is an assured work which, with its strong storytelling and savage dramatic arc, has as much in common with the pictures of Andrea Arnold and early Lynne Ramsay as it does with other non-fiction filmmaking. Specialist documentary distributors will likely eye this film with interest – daunting as the subject matter is at times from a marketing perspective, this is the kind of distinctive and timely picture which is both award and arthouse audience-friendly.

Documentary reference points would place the film somewhere between the empathetic fly-on-the-wall television work of the late Mike Grigsby and the poetic portraits of marginal lives by Roberto Minervini. The most distinctive device here is the use of a sparse but evocative narration by Gemma, the charismatic troublemaker who is our window into the world of adolescent Jerviston, on the North Eastern fringe of Motherwell.

It’s a world in which social status is punched out in malicious-looking children’s playgrounds over bottles of Buckfast. Gemma, with her tendency to hurl herself into any argument, hers or otherwise, declares herself “top girl.” The anchoring influence in her young life is Joseph, the pigeon-racing grandfather who adopted her at an early age and encourages her to channel her aggression in his boxing gym and to “stay away from the dafties.” But Gemma falls hard for Pat: bare-chested and belligerent, he’s the textbook example of a bad influence. Soon, they have a baby together and a flat. The meagrely decorated space becomes a party pad, meanwhile Gemma struggles with parenthood, largely unsupported by her boyfriend. Increasingly, Hallin’s unobtrusive lens captures more lows than highs.

And then, in a devastating and unexpected turn, the violence which seems to be such a prosaic detail in everyday life for these young people boils over. One of Gemma’s close friends has to deal with life altering injuries. It’s a moment of reckoning both for the audience, and, it becomes clear, for Gemma.

Although Joseph disappears from the film – he cuts off contact with his granddaughter over her choice of boyfriend – the pigeons that he races are a recurring motif. It’s perhaps not the most subtle piece of symbolism but it’s effective. Wheeling against the pink-tinged dusk, they speak of an escape from a community without opportunities which has been left to turn upon itself. “Let the free birds fly,” reads Gemma’s tattoo. She muses on her estranged Grandfather’s birds. “Most of the pigeons come home,” she says in her lilting, childlike voice. “But some fly off and do their own thing.” And as this intimate and wrenchingly affecting film draws to a close, Gemma begins to realise that her best chance for the future depends on her taking a cue from those few errant birds that break free of the lure of home and start anew.