An eerie quasi fantasy set in a troubled Croatian town 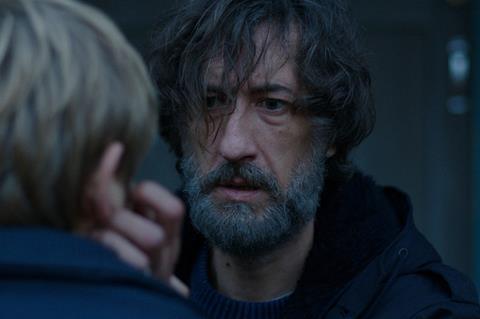 The village in which Matija and Ika (Kresimir Mikic and Tihana Lazovic) live with their two children is no longer safe. But the married couple, still processing a previous tragedy, are not quite ready to follow their neighbours and leave for the city. The danger is not explicit, but, in this eerie quasi-fantasy from Dalibor Matanić, the sense of threat nudges at the edge of every frame. Blending allegory with an all too familiar theme of communities split and polarised along idealogical and religious axes, this sometimes confounding but always fascinating drama builds considerable tension through judicious use of sound, interspersed with occasional bursts of banging techno.

Matanic envisages The Dawn as the second film in a planned ‘Sun’ trilogy, the first of which, 2015’s The High Sun, won the Jury award in Un Certain Regard at Cannes. While both films take as an inspiration the divisions resulting from the Balkan conflict, The Dawn’s approach is rather more enigmatic. While this picture might require a bit of chewing over and digesting in order to fully understand the message, the artistry of the filmmaking is not in question. Further festival slots seem likely and The Dawn could find a home on curated streaming platforms.

The film opens with Matija and his wife making love. But even as they climax, Ika raises her hand involuntarily, blocking him and turning her back. That something festers between them is clear. But the film takes its time revealing what is the cause of their trouble. It’s a trouble that seems to take on a physical manifestation – Matija gets out of bed to take some air and is disconcerted to see the figure of a man silhouetted on the horizon, staring down at the family home. The man, also called Matija (Marko Mandic), is building a house which seems uncannily similar to the one where Ika and Marija live. It’s a curious decision – the rest of the comminity has fled or is planning to do so.

At his final church service before the parish is closed, the local priest pleads with the remaining parishioners to “start considering your departure. You would be safer that way.” The lines of communication have been disrupted – there is no television or news available. Matija’s job involves broadcasting selected music over the airwaves, drowning out everything else.

Terrific textured work with the score and sound design builds as the film progresses. It’s almost subliminal at first, like the wind caught in the wires, or a throbbing electrical frequency. Later, when a troubled Ika sits in the bath, she repeatedly rubs her fingers along the squeaking enamel until it sounds as though the whole room is screaming.

It becomes clear Matija and Ika are torn apart by shared grief, and both, idependently, lapse into trancelike states. Their son, Nikola, does not speak. It’s left to the oldest child, Kaja (Lara Vladovic), to keep a grip on reality. It is she who protests when the man from the hill knocks at the door one morning, explaining that he is her new father. It’s at this point that the film starts to lean more heavily into symbolism, with mixed success.

Tonally, there is a kinship with Yorgos Lanthimos’ reality-adjacent worlds, but without the mitigating element of humour. This fractured society, with neighbour turning against neighbour, is categorically not a joke.