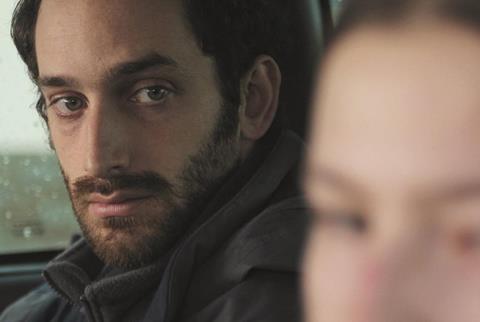 Two underage prostitutes are brought back from Paris to their small hometown in Northern Romania and French TV news channels smell blood, racing each other for the exclusive first sensational interview. Based on a real-life incident which could have been the starting point of anything from a thriller to a sordid melodrama, this story enables director Adrian Sitaru (Best intentions, Illegitimate) to bring up a large variety of issues close to his heart, such as family relations, media ethics, and corruption in Romanian society.

This proves a heavy load for this earnest but overstated social drama whose real point of interest and its most interesting part remains the authentic case on which it is based. This will most probably be safest selling point as The Fixer makes its way around the festival circuit and into modest commercial release. The rest of Sitaru’s undoubtedly noble and sincere intentions are reliant on a plot that doesn’t really hold up and often looks like a subterfuge to flesh the story out into feature-length dimensions.

When the sex scandal erupts and the news about the return of the young prostitutes is made public, Radu (Tudor Aaron Istodor), a trainee journalist, feels he can secure a promotion if he plays his cards right. He cheats on his immediate boss and calls the competition, offering to arrange an interview with one of the 14 year-old minors, a girl named Anca (Diana Spatarescu, a non-professional actor who is the same age as her character).

Anca is strictly guarded by nuns in a Monastery Youth Center, however, and prevented from seeing any one except her legal representation.

Tempted by the offer, TV reporter Axel (Mehdi Nebbou), accompanied by his cameraman Serge (Nicolas Wanczynski), fly in from Paris, and Radu, with the help of a phone call from an influential cousin, finds an accommodating police inspector (Adrian Titieni) who is willing to facilitate the encounter with the girl and to convince her to tell her story.

She freezes, however, when two of the goons who kidnapped her make an appearance and it takes all of Radu’s persuasive talents to assuage her fear, only to be immediately stricken by remorse, once he realises how cunningly the naïve girl has been manipulated to act against her wishes.

Now it is the turn of the French team to mollify Radu, whom they need as a translator, and finally the girl is interviewed in the inspector’s car in what turns out to be the most heartbreaking scene of the picture. She tells in her own words, almost without expression, in a heavy local accent, everything she went through, conveying such hurt, pain and humiliation, that no trained actress could hope to match.

A parallel plot, not quite tied in and much less dramatically effective, deals with Radu’s attempts to instil a competitive drive in the young son of his mistress, Carmen (Andreea Vasile). It is only when the kid rebels against him that Radu perceives how harmful and misguided the manipulation of someone weaker than you is, even if you believe it to be in that person’s best interest.

Sitaru himself seems to be lost in that aspect of his film, the relations between the characters are much less defined, and the actors have trouble hitting the right tone at the right time. Quite a few scenes look completely superfluous, none more so than a restaurant scene in which Istodor gets to accompany a local singer in her version of Edith Piaf’s  Non, je ne regrette rien, uninspiredly playing a saxophone.