Slow-burning, potent period drama from the director of  ‘Of Gods And Men’ 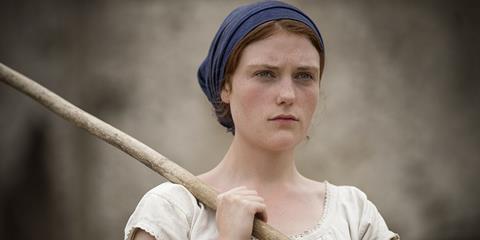 Meditative in its pacing, painterly in composition, quietly devastating in its low-key drama, the latest film from Xavier Beauvois shares some of the slow-burning potency of his acclaimed study of religious faith, Of Gods And Men. Like that film, this is a picture which embraces the gentle rhythms of a simple lifestyle, set against a backdrop of fundamental and permanent change. This is a strikingly beautiful work which could match Gods as an arthouse heavy-hitter, and will certainly find a warm reception in further festival slots.

The story opens in 1916, during the Great War. It’s the year of Verdun, a pivotal moment in history for France. But for the women of one farming family, like so many others, the quotidian routines of life remain unchanged as they step up to run the farm in the absence of their sons and husbands.

Nathalie Baye plays Hortense, the formidable matriarch upon whose shoulders the day-to-day grind of farming life now rests. Her daughter Solange (Laura Smet) manages the household and the kitchen garden while her husband Clovis fights at the front. The two sons of the family, schoolteacher Constant and farmer George are also fighting. “We’re all heroes there,” says Constant, home for a few days leave. Hortense is silent; the fact that there heroism on the homefront too is left unsaid.

With the harvest approaching, Hortense realises that she needs extra help but, with all the available manpower drained by the war, she employs a woman instead. Francine (Iris Bry) is capable, tireless and uncomplaining. She soon proves herself an invaluable asset. And just as surely as she cements her position in the family, the character assumes a central position in this narrative.

Bry’s striking colouring – auburn hair, pale skin dusted with freckles – glows against the film’s colour palette of muted clay blue and mist gray. But it’s not just her clear-eyed beauty which draws the eye. There’s self-possessed, unaffected quality to her performance which is utterly magnetic. Nonetheless, Beauvois takes his time in shaping her story. Although this is a world which is on the cusp of industrialisation and acceleration – open to modernisation, the women buy a tractor and a harvesting machine – it still moves at a pace which is governed by the natural rhythms of the land. Understated sound design picks out the slow ticking of a clock. The women of Pardier farm are suspended in time in a world which is hurtling towards change.

Francine’s presence is a catalyst for change. When George returns, he is immediately taken with the young woman who is, his mother says, as good as any man. But George’s affection for Francine upsets the natural balance of lives which have been planned out generations in advance. It was always assumed that George would marry a local girl, Marguerite (Mathilde Viseux). Meanwhile, jealous local gossips have started to suggest that Solange is selling herself as well as the farm’s homemade brandy, to the American soldiers. Impulsively, Hortense steps in to turn her son against Francine, and to save her daughter’s reputation at the same time.

The swelling romance of the flute driven score, economically used, brings a pensive quality to the picture. But the most powerful use of music employs Francine’s sweet, clean-toned voice. Used three times, Francine’s singing is a joyful motif and a suggestion of hope for the character.