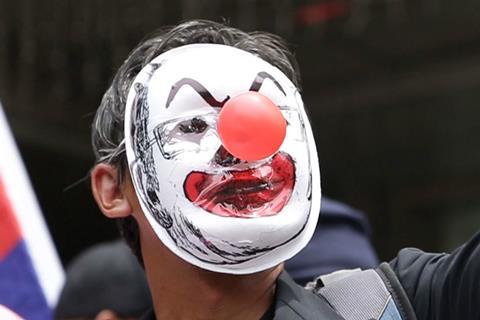 The scandal surrounding Malaysian wealth fund 1Malaysia Development Berhad (1MDB) has all the ingredients for a labyrinthine John Le Carre novel. Financial impropriety on a grand scale is matched by wide-ranging political corruption. That heady cocktail gains an extra kick from the way the events touched several A-list Hollywood names.

Directors Sam Hobkinson and Havana Marking show a flair for the dramatic, bustling the story along

Sam Hobkinson and Havana Marking’s documentary The Kleptocrats works like a cinematic investigative reporter, amassing evidence, chasing connections and unravelling the key details of what happened and who was responsible. Accessible, engaging to the point of jaw-dropping, it makes the most of a fascinating story and should find a welcome at festivals and beyond following its Doc NYC premiere.

The many-tentacled tale finds a beginning in the mystery surrounding Hollywood production company Red Granite and the funding of Leonardo Dicaprio’s passion project The Wolf Of Wall Street (2013). Among those receiving a special thanks in that film’s credits is Jho Low, a Malaysian playboy philanthropist who seemed to live a money-no-object lifestyle. One of the ironies of the documentary is that the more we learn about Jho Low, the more he seems like a real-life variation on DiCaprio’s Wall Street character Jordan Belfort.

Trying to fathom the source of Low’s wealth starts a trail that leads to Najib Razak, Malaysian Prime Minister from 2009 to 2018. It also leads to the 1MDB, a fund created from the money of Malaysian tax payers that was intended to invest in a better, brighter future for the country. In 2010, it invested $1 billion in Petro Saudi, a company that was barely one year old. Some wise observers began to smell something very fishy.

The Kleptocrats follows the story from Cannes to Los Angeles, New York to Kaula Lumpur and beyond. It reflects the hard graft and tenacity of journalists from The Wall Street Journal, The New York Times and The Hollywood Reporter. There is footage of Jho Low’s lavish parties with Jamie Foxx and Jay Z providing the entertainment. Phone calls (including a brief but testy exchange with Robert De Niro), text messages and key documents all shift the story towards a sense of the much bigger picture.

Directors Sam Hobkinson and Havana Marking show a flair for the dramatic, bustling the story along, adding to the urgency with Paul Moessl’s atmospheric score and using chapter headings like ‘The Stakeout’, ‘The Cover Story’ and ‘The Bust’.

There are times in the initial stages when The Kleptocrats feels like a very fine example of a television news channel in-depth report. It earns its spurs as a feature not only in its ambitious scope and technical polish but in the way it sees the story through to the impact on the people of Malaysia. Interviews with opposition politician Tony Pua, political cartoonist Zunar and activist Maria Chin Abdullah remind us that a great story was also a national tragedy.