‘The Life Ahead’: Review (Netflix) 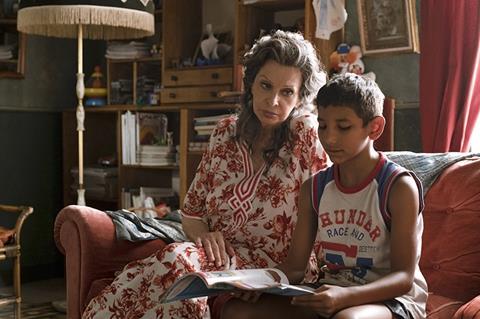 Making her first appearance in a feature film in more than a decade, Sophia Loren is the main highlight of The Life Ahead, a sentimental coming-of-age drama directed by her son Edoardo Ponti. The Oscar-winning actor gracefully plays an ageing former prostitute who strikes up an unlikely friendship with a headstrong 12 year-old thief, setting in motion a series of familiar life lessons and tearjerking moments. Ponti fills this adaptation of the Romain Gary novel with an abundance of empathy, illustrating how all of us are nursing invisible psychic wounds, but the execution is so gauzy it never quite connects.

The Life Ahead’s empathetic touch will be welcomed by audiences who simply want a film that advocates for kindness in the world.

Netflix will begin streaming The Life Ahead on November 13, and certainly the 86 year-old Loren’s presence will appeal to older film buffs. Likewise, the bittersweet, unhurried storytelling could strike a chord with more mature audiences in search of a small-scale weepie  especially those who have lost parents.

Set in the southern Italian port city of Bari, the film stars Ibrahima Gueye as Momo, a young Senegalese orphan being cared for by the sweet Dr. Coen (Renato Carpentieri). When the boy robs Madame Rosa (Loren) on the street, Coen makes Momo walk over to her house to apologise. She instantly dislikes Momo, but Coen implores her to watch over the boy — after all, she already happily opens her home to the children of sex workers. (Rosa has good reason to be sympathetic toward those mothers, since she was once a prostitute herself.)

Based on Gary’s The Life Before Us, The Life Ahead focuses on the slowly developing bond between this elderly woman and the criminal-minded child. (Momo discovers he has a knack for drug dealing, quickly making a fortune in the Bari underground.) Ponti, whose 2014 short Human Voice also featured Loren, views all his characters with a compassionate eye, imbuing the proceedings with a warm, sun-splashed tone. Although The Life Ahead tackles heavy subject matter such as the Holocaust and xenophobia, Ponti ensures that nothing is ever too despairing or bleak. Audiences will feel fairly secure from the outset that all will end fairly well.

Loren brings a regal air to Rosa while also hinting at the character’s lingering trauma from surviving the Auschwitz camps. (The children she babysits observe the numbers tattooed on her arm, assuming that she must be a super-cool secret agent.) But it’s not just past pain which plagues Rosa, who has heart issues and a mind that is failing her. To be sure, this is a melodramatically constructed character, but Loren wisely underplays Rosa’s litany of woes, suggesting the resilience of a woman who has needed a steely will to survive.

Newcomer Gueye struggles to reveal Momo’s inner life, which is a problem since the sullen character has trouble opening up. Like Rosa, the boy has experienced tragedy in his childhood, but while the actor demonstrates movie-star charisma with his boisterous smile, he has difficulty articulating Momo’s growing fondness for this older woman. This is also partly the fault of a screenplay that doesn’t allow the two characters enough time to go from chilly combatants to likeminded souls.

Ponti populates the background with other individuals grappling with loss. Abril Zamora is especially affecting as a transgender prostitute trying to make ends meet while being a good mother and coping with a disapproving father. And playing a Muslim shopkeeper mourning his dead wife, Babak Karimi has some of the most touching moments with Gueye as their characters talk about religion and love while Rosa’s condition worsens. The Life Ahead’s empathetic touch will be welcomed by audiences who simply want a film that advocates for kindness in the world. But more demanding viewers won’t help but notice that Ponti’s story is so gentle that it barely intersects with the messy complexity of real life.

Screenplay: Ugo Chiti and Edoardo Ponti, based on the novel The Life Before Us by Romain Gary