'The Secret Life Of Pets 2': Review

The tale wags the dog in this sometimes sweet, sometimes overcrowded cartoon sequel. 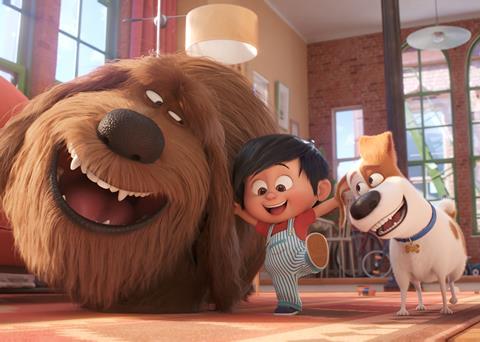 The Secret Life Of Pets 2

Every pet owner wonders what their little darlings get up to after they leave for work. Trading quips while battling brutal villains is probably not among their top guessthe seces. That is, unless those pet owners work as screenplay writers for The Secret Life of Pets franchise. Now back with a sequel, the series once again sets talking dogs, cats and one very manic rabbit on a high-action adventure, this time fighting an animal-abusing circus owner.

It may not offer a new tale, but it certainly knows the joy of greeting happy, wagging ones.

The film’s own mission – to capture the attention of a large number of small people, already done with Aladdin and looking for more fun – is less ambitious. Far more certain, too. Opening on May 24 in the UK and Ireland, and June 7 in the US, and made for nothing but the moment, The Secret Life of Pets 2 should fill theatres nicely until the next children’s picture comes along.

The story brings back neurotic Max and the sweet and sloppy Duke, with the doggy odd couple now welcoming another critter to their cozy Brooklyn home – their owners’ new baby. A period of adjustment follows, with Max playing the over-protective parent until he learns to trust his own instincts, and the child’s own resilience. The childraising moral will go over the smallest heads in the audience – as will the drug references in a catnip sequence – but the scenes of doggy devotion are among the movie’s sweetest.

Like the first film, The Secret Life of Pets 2 is at its best when it concentrates on the unconditional love offered by mankind’s best friends, or gently mocks familiar situations – the dreaded trip to the vet’s, the “cone of shame,” the addictive pull of squeaky toys, the cat who demands you wake up and feed her now.

Like the animation studio’s ever-expanding Despicable Me franchise, this picture also has a distinctive look and sound. In fact, Illumination is a bit like the anti-Pixar. Instead of rounded edges, its human characters often have stiletto legs and isosceles-triangle noses. Rather than relying on movie stars to supply its voices, it mostly depends on a large cast of comedians (with Patton Oswalt stepping in to replace the disgraced Louis CK as the voice of Max, and Tiffany Haddish joining the crew as the spunky, I’m-nobody’s-lapdog Daisy).

However, like the original, this sequel overstuffs its story. There are already three distinct storylines going by the time it folds in the subplot about a lonely white tiger and the evil Russian ringmaster who torments him. (Between this, and Dumbo, it’s not a year for happy circuses at the cinema.) It also devotes way too much time to Snowball, a rabbit with delusions of superhero daring. Silly and screechy, he doesn’t have any of the lovable appeal of the canine characters, or the snarky wit of the feline ones – although, to be fair, his antics got the loudest laughs from the youngest attendees at the screening.

Snowball – and the actor who voices him, Kevin Hart – may simply be trying too hard. So might the movie, with chase sequences every 10 minutes. But then that’s not the worst flaw in a genre which sometimes doesn’t try at all. Oswalt does a good job of taking over as Max, and the returning Jenny Slate once again brings a childlike insouciance to the voice of his not-so-secret admirer, Gidget. A surprise and welcome guest star is Harrison Ford as Rooster, a farm dog whose no-whining approach to life adds a bit of grumpy machismo to the story, and quickly brings these pampered city pooches to heel.

The movie’s best sequence, though, comes at the end – when, as the final credits roll, we get a montage of real-life funny animal clips. That the high point in a new animated feature is a few minutes of recycled YouTube-ready antics may not be the highest praise. That it sends you out of the theater eagrr to go home and hug your own pets is. The Secret Life of Pets 2 may not offer a new tale, but it certainly knows the joy of greeting happy, wagging ones.