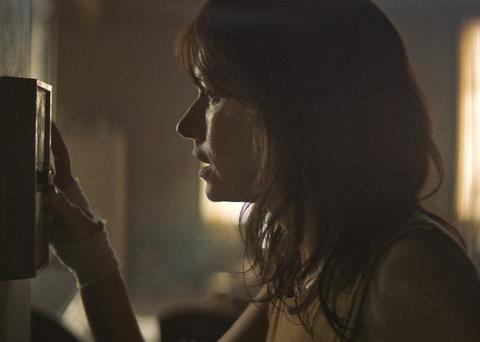 Our own fears and guilt can sometimes hold us prisoner. In The Wolf Hour, for one woman, that captivity has become literal. An agoraphobic recluse, June Leigh (Naomi Watts) no longer leaves her ratty apartment. Once a celebrated writer, she saw her big autobiographical novel destroy her family. Better for everyone, she decided then, if she simply locked herself away. And, years later, we’re locked inside with her, in a claustrophobic film that demands – and receives – the gift of a powerful, practically one-woman show from Watts.

It’s a startling portrayal of a woman barely holding it together – for the first half hour, the film feels just one or two crises away from Repulsion.

The film is set in New York during the feverish summer of ’77, when the Son of Sam still prowled dark streets and much of the Bronx was on fire. Leigh can even see the flames from the windows of her late grandmother’s apartment, where she took refuge after burning down her own world. Years later, though, piled high with garbage, the fetid flat isn’t much of a sanctuary. And now Leigh is being harassed by unseen visitors who ring her bell at all hours, saying nothing, breathing hard, rubbing away at her last raw nerve. Still, anything is better than going outside.

It’s a startling portrayal of a woman barely holding it together – for the first half hour, the film feels just one or two crises away from Repulsion. Watts, however, is never not in control, keeping Leigh’s simmering hysteria just short of the boiling point. Stuck in place yet always in motion, she creates a woman who paces a cage built of self-loathing and shame.

Her emotional credibility is essential to the film’s success; even though Leigh’s personal demons seem real, the facts of her family history sometimes feel false, a crazy quilt of disconnected details. She’s the granddaughter of a famous opera singer – who lived in a tenement in the South Bronx? A paranoid recluse – who impulsively hires a male escort from a newspaper ad? No movie should ask you to believe more than one improbable thing yet The Wolf Hour keeps the demands coming. But Watts remains relentlessly watchable, and the film – which, with its single-set locale, could feel stage-bound – starts bringing other, equally complicated people on screen.

Like Jennifer Ehle, as a friend, rival and possibly lover from Leigh’s past, trying to pry her loose from this crumbling refuge. Or Kelvin Harrison Jr., as a delivery boy and neighborhood hustler who provides Leigh’s one tenuous link to the outside world. Director Alistair Banks Griffin manages the difficult trick of bringing that world inside Leigh’s shabby apartment. The soundtrack bristles with screaming sirens and buzzing flies, transistor radios and shouts from the street. A fine sheen of sweat dapples every brow. You can almost feel the humidity on you, like a damp towel.

It’s not a pleasant place to be. But Griffin makes us feel as if we’re really there. And Watts makes us want to stay – even against our better judgement.