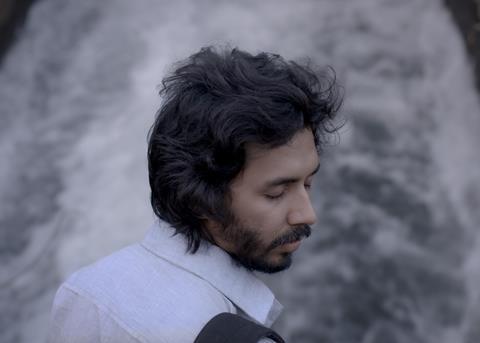 Akshay Indikar’s semi-autobiographical debut feature Trijya (Radius) concerns a young journalist who laments losing his sense of being as a result of migration. Essentially a series of vignettes linked by the protagonist’s efforts to reconcile his dreams with reality, it seems to trade in the sedate rhythms that have become synonymous with a particular strand of art-house fare, yet there is a discernible emotional tension beneath the surface.

Indikar is perhaps not far enough removed from formative life experiences to fully realise them in visual terms so occasionally falls back on the oft-utilised city and nature contrast, but has otherwise crafted a thoughtful odyssey of self-discovery. After competing for the New Talent Award at the Shanghai International Film Festival, Trijya will likely find further festival exposure. India’s independent cinema is currently receiving considerable attention with more markets becoming receptive to such cerebral offerings, so a distribution pick-up for specialty release or streaming is possible.

Artistically inclined villager Avdhoot Kale (Abhay Mahajan) is struggling to find his place in the sprawling city of Pune where he works as a newspaper reporter but is more comfortable helping out with the horoscope section. Over the course of the film’s initial two chapters (‘Earth’ and ‘Roots’), Avdhoot visits his family to consider an arranged marriage, tries to meet the demands of an editor (Shrikant Yadav) who wants to balance statistics with sensationalism, and has conversations with friends about his growing disillusionment.

Trapped in a state of inertia, Avdhoot finds himself increasingly adrift amidst the hurried activity and blaring noise of the city space, standing by busy, fume-ridden roads as vehicles rush by. The third chapter (‘Ariel Roots’) sees him seeking spiritual renewal by traveling out to the countryside for a pilgrimage of sorts.

If not quite slow cinema, Trijya is certainly carefully paced with a few calculated instances of repetition to provide a sense of routine or time passing. Otherwise, environments and interactions keep shifting as few supporting characters feature in more than one scene. Sensitively portrayed by Mahajan, Avdhoot often appears to take a backseat to allow other characters to discuss attitudes towards life in representative settings. There’s a catch-up with a village friend (Mahesh Bhosale) now toiling away in a local factory job, a late-night motorcycle ride with a fellow migrant (Amar Gaikwad) who has signed up for a barely legal multilevel marketing scheme and an encounter with a half-gone bar patron (Girish Kulkarni) with a lot on his mind.

While the film’s anecdotal structure points to Indikar’s background in short films, it also indicates he is in thrall to the gentle realism of Abbas Kiarostami, even if he comparatively strains to bring things full circle. Indikar wants to express something about the sheer pace of India’s development which has left people like Avdhoot feeling lost and uncertain: the film is at its quickest when Avdhoot flicks through television channels, jumping from a documentary about Mahatma Gandhi to coverage of a fashion show to a report on Kim Jong-un’s missile tests. However, he is wary of getting too political. Mention is made of India’s education system, the economic plight of migrants and how journalism has been reduced to “snooping around”, but Avdhoot is ultimately an emblematic character whose anxieties do not stem from any specific issue. Nonetheless, Trijya conveys urban malaise in a quietly perplexing manner that bodes well for Indikar’s future development.