A simmering feature debut rooted in a Wisconsin reservation 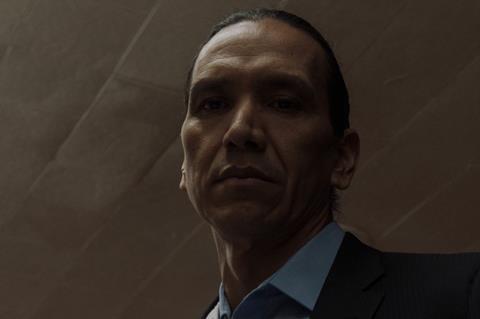 Guilt and moral ambiguity ripple through Wild Indian, the quietly stunning feature debut from writer-director Lyle Mitchell Corbine Jr. A study of two Indigenous American men who have chosen divergent paths in adulthood after covering up a murder as boys, this muted drama is powered by uneasy questions about how our environment and cultural heritage inform our lives — and whether individuals can ever truly break free of their past. Michael Greyeyes is tremendous as a killer who has learned to shed his sins as easily as he has abandoned his roots — except perhaps both are now coming back to haunt him.

Expect glowing reviews for Michael Greyeyes, and comparisons to ’Moonlight’

Screening as part of the Sundance Film Festival, Wild Indian doesn’t have big names among its leads, but its visibility will be helped by the appearance of Jesse Eisenberg and Kate Bosworth in supporting roles. Expect glowing reviews for Greyeyes, who was part of the HBO series I Know This Much Is True and True Detective, and comparisons to Moonlight, which like Wild Indian charts the progression of troubled characters from boys to men.

The film begins in the 1980s as adolescent cousins Makwa (Phoenix Wilson) and Teddo (Julian Gopal) live on a reservation in Wisconsin. Bullied at school and abused at home, Makwa has grown into a moody, uncommunicative young man —which is why it’s even more shocking when, one day out in the woods with Teddo, he points his rifle at a random classmate, shooting the boy dead. Teddo is aghast, but Makwa convinces his cousin that they must work together to keep the murder secret, even burying the classmate to avoid detection.

After that upsetting first act, Corbine brings us to 2019, where Makwa (Greyeyes) now lives in California and has a beautiful wife, Greta (Bosworth), a great job and a child — with another on the way. Meanwhile, Teddo (Chaske Spencer) is getting out of prison, where he has been incarcerated off and on for the last few decades. Buying a truck with what little money he has, Teddo decides to visit Makwa, who now goes by Michael, in order to discuss the horrible act they committed for which they were never caught.

Corbine does a marvellous job of keeping audiences unsure about how to regard Makwa. As played by Wilson, he’s a sensitive kid with a slowly growing dark side who suddenly snaps — the remorselessness he displays about his crime is as unnerving as the coldblooded murder itself. When Wild Indian flashes forward to the present, Greyeyes maintains the character’s enigmatic edge, giving us an adult who displays few vestiges of his Indigenous heritage and has, for the most part, assimilated into white American society, distanced both literally and metaphorically from his reservation upbringing. But even as a grownup, Makwa shows signs of the simmering torment that was evident in his childhood — most notably in his rough behaviour with a stripper he visits without his wife’s knowledge.

Makwa may have been able to put his adolescent crime in the rearview mirror, but Teddo clearly could never let it go, and Spencer superbly portrays a broken man whose adulthood has been a series of missteps. Why should Teddo become a career felon while Makwa, who actually pulled the trigger, skates through life unencumbered by guilt? Wild Indian opens the door to provocative questions about how Indigenous Americans feel alienated in their own homeland, forced to choose between integrating into a foreign culture or accept permanent marginalisation. Smartly, Corbine never suggests that these characters’ plight is entirely due to their race — murder is murder — but the ways in which they navigate their guilt over time is, in some ways, complicated by their uneasy relationship with “mainstream” American society. Makwa chooses to assimilate and forget what he’s done, while the goodhearted Teddo is shackled by his roots and his conscience.

Teddo’s return to Makwa’s orbit leads to a disturbing but believable final twist that only further illustrates the lengths the latter character will go to cement himself in his new life. Greyeyes chillingly suggests the consequences of someone who long ago abandoned his moral compass along with his roots, as Gavin Brivik’s mournful score grieves for this spiritually adrift man. Makwa can change his name and move far away from home, but he can’t ever get away. Who you are and what you’ve done are always there inside you.