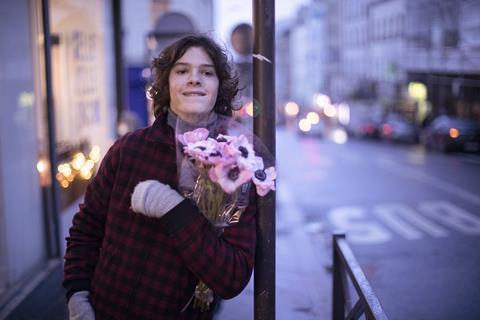 Writer-director Christophe Honoré has been a fixture of French cinema for the last two decades, but his unpredictable versatility hasn’t always best served his auteur profile. With his filmography including a Georges Bataille adaptation (My Mother), a poetic fantasia on Ovid (Metamorphoses) and a Demy-esque romantic musical (Love Songs), Honoré’s directorial identity has not been easy to get a fix on. His new film Winter Boy could change the picture. It not only reconnects with key themes of his previous work - the ebbs and flows of gay desire (Sorry Angel), sibling love-hate tensions (Dans Paris) - it’s also arguably his most personal film, and emotionally and stylistically his richest. It features a beautifully affecting central performance from young lead Paul Kircher – for whom this is surely a star-is-born moment – and superb support from Juliette Binoche. A moving but hard-edged story of grief, self-discovery and teenage angst, it should resonate well beyond the festival world following Toronto and San Sebastian exposure, although it will score especially with young and LGBT+ aficionados of European art cinema.

A film whose emotions are carried off with a lightness that seems almost casual, until the register is turned up drastically.

Set in the months leading up to Christmas, the film is indeed wintry in feel, yet much warmer and more tender than its English title would suggest. Inspired by Honoré’s memories of his own father’s death, Winter Boy begins in a mountainous region of southwestern France, where 17 year-old Lucas (Kircher) attends boarding school in Chambéry. He and his father (Honoré himself) have a close shave on the road at the very start, and this false alarm presages his father’s death soon after. Lucas is summoned from school to join his mother Isabelle (Binoche) and older brother Quentin (Honoré regular Vincent Lacoste) – and finds his response to bereavement fluctuating between acute agony and numbed confusion.

After a furious set-to with Quentin - fraternal love and hate separated by the thinnest membrane – the older sibling, an artist based in Paris, invites Lucas to come and stay with him for a week. They leave the next morning, after Lucas stops off for a farewell bout of sex with his lover from school, Oscar (Adrien Casse). Winter Boy, it is worth noting, is not a coming-out drama, as Lucas is very much out from the start, but it is very much a coming-of-age story in the sense of an apprenticeship in self-discovery.

In Paris, Lucas finds himself at once lost and liberated, as he falls for Quentin’s flatmate Lilio (Erwan Kepoa Falé), an artist of Italian and African heritage, who has a sideline as a sex worker. Lucas, discovering his own sexual power as a desirable young thing, makes an assignation with a client of Lilio’s, leading to ructions. This is just part of the contradiction-laden journey that the film dramatises so provocatively: a flowing but fragmented narrative structure, slyly edited by Chantal Hymans, at one point juxtaposes Lucas’s first Parisian hook-up and his brief theological discussion with a priest.

What appears to be a burst of rebellious hedonism takes a darker, distressing turn when Lucas returns home and his trajectory comes to a self-destructive head. Meanwhile, if Isabelle seems emotionally sidelined throughout – the story placing her widowed grief on the back burner to focus on her solicitous maternal empathy – her own feelings are given space to emerge fully in a late sequence that Binoche absolutely owns.

Despite its impression of flowing associative looseness, the film is anchored by an intermittent first-person narrative from Lucas himself, sometimes framed interview-style against a black background, an unreliable witness to his own feelings. An absolutely magnetic centre to it all, up-and-coming Kircher makes for a protagonist who mixes knowing sexual playfulness with a seraphic vulnerability and candour, both in moments of emotional intensity and in some remarkably candid sexual episodes (and in his looks, Kircher, the son of art-cinema icon Irène Jacob, would be a dead cert to play the late folk singing legend Nick Drake). The ever-watchable Vincent Lacoste contributes his characteristic spiky humour, while older newcomer Erwan Kepoa Falé impresses as the initially distant love object who increasingly becomes an attentive surrogate sibling. And Binoche is superb, her strong but generously downplayed performance fitting a film whose emotions are carried off with a lightness that seems almost casual, until the register is turned up drastically.