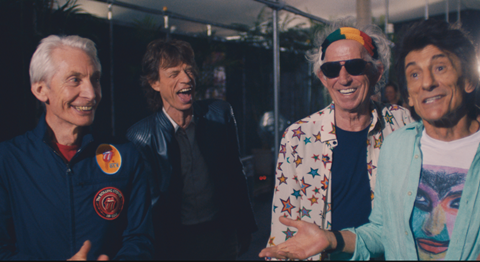 The film will receive its world premiere at the Toronto International Film Festival next month.

Jim Jarmusch’s Gimme Danger premiered in Cannes and profiles the American punk singer’s time as Stooges frontman, his self-destructive urges and the comebacks.

“With the Stones’ recent historical free concert in Cuba and with Iggy Pop being a beloved resident of our city, both of these films are so eagerly awaited by Miami film and music fans that we could not contain ourselves any longer,“ said festival executive director and director of programming Jaie Laplante.

“Both of these revealing, intense visits with great musical icons are just a glimpse of the jewels that will be unveiled in next month’s full GEMS line-up announcement.”

The festival hierarchy will announce the full GEMS programme on September 15.

GEMS is set to run in Miami from October 13-16 at MDC’s Tower Theater Miami as a precursor to the 34th annual festival that takes place over March 3-12, 2017.