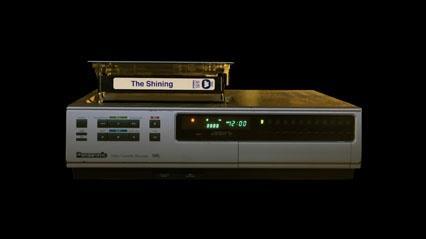 Room 237 details a series of fascinating – bordering on obsessive – delve into the hidden meaning to be found in Stanley Kubrick’s 1980 cult film The Shining. A must for film fans and festival programmers, it may leave those with only a passing interest in cinema deconstruction plain baffled, but director Robert Ascher smartly keeps the film tightly structured (though vaguely repetitive at times) as it veers between amusing and bizarre.

A delightfully odd film, but also an enjoyable one for film fans.

The film, which screened at Sundance and shows in Cannes in Directors Fortnight, brims with clips extracts from The Shining – presumably used under ‘fair use’ criteria rather than Warner Bros. giving the film its blessing – as well as a plethora of other films.

With the sub-heading of ‘Being an inquiry into The Shining in 9 parts’, Room 237 allows a series of narrators to expound on their analysis and conclusions based on multiple examination of Kubrick’s adaptation of the Stephen King novel. They are never less than intriguing and well thought-out, though while challenged to re-think their initial views on the film the casual viewer may be hard pressed to take some of the conclusion completely on board.

The ‘inquiries’ range from an argument that display of Calumet baking soda tins in a few scenes and the point that the Timberline Lodge was built on Native American burial ground combine to point to the film being about genocide of Native Americans through to an analysis of the architectural layout of the hotel and a debate about the ‘impossible’ window in the office of the hotel’s manage, played by Barry Nelson.

There is much debate on how Kubrick in fact filmed the artificially staged Apollo moon landings (using 2001: A Space Odyssey as a trial run for front-projection techniques) and then used subliminal messages in The Shining to apologise for his actions. Also featured are debate on how possible continuity errors in the film may be well be further subliminal messages relating to Kubrick’s deeper-rooted feelings about the film and filmmaking in general.

Of course, it is easy to dismiss much of the arguments as simple obsessiveness by people who have been spending too much time with their DVD players, but there is no denying how intriguing some of the arguments are, especially when taken alongside Kubrick’s own legendary obsessiveness and love of research and detail. A delightfully odd film, but also an enjoyable one for film fans.