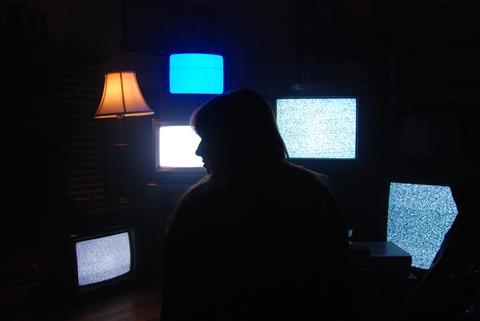 Ghosts, zombies, cult leaders and aliens await the viewer in S-VHS, a second instalment in the horror omnibus series that began with last year’s V/H/S. Bloodier, more intense, and on the whole more effective than its predecessor, this new film finds enough new permutations in the found-footage template to extend the tired gimmick’s shelf life for a little while longer.

A Ride In The Park, is probably the best of S-VHS, starting with a seemingly done-to-death premise of a zombie attack but then cleverly expanding the narrative in ways that are gruesome and oddly hilarious.

Premiering in Sundance’s Midnight section, just as V/H/S did a year ago, S-VHS will be required viewing for genre fans, even if the general public will probably live out the rest of their lives never hearing of this franchise. Supporters of the first film will no doubt turn out, ensuring the sequel’s cult status if not much in the way of theatrical box office.

As with V/H/S, S-VHS­ is a collection of short films from different horror directors, all tied together by an uninteresting wraparound storyline, this time involving private detectives (Lawrence Michael Levine and Kelsy Abbott) investigating the disappearance of a college student. Instead of finding the co-ed, they stumble upon a collection of VHS tapes in the student’s home, with each of the tapes containing one of the short films in the movie.

Much of the charm of V/H/S came from its structure’s novelty: Each short consisted of footage “shot” by the characters in it. The abbreviated running time and limited budget provoked the filmmakers to be creative, and despite its hit-or-miss success rate, V/H/S had a winning unpredictability that made it feel adventurous and unexpectedly charming.

S-VHS doesn’t have the element of surprise working for it, but this new crop of directors — only Adam Wingard returns from the first anthology — have mostly come up with stories that are gorier and funnier than the ones found in V/H/S. It may also help that the follow-up film only has four shorts, whereas the first had five, thereby not risking allowing the structure to wear out its welcome.

Two constant themes in S-VHS are the characters’ constant need to run like hell from something scary chasing after them and the consistently dubious reasons for the characters to have portable digital cameras in the first place. But the series’ playfulness, despite the merciless amounts of bloodshed, helps forgive certain logistical shortcomings. So, for instance, if it seems ridiculous that a bike rider (Jay Saunders) decides to strap a camera to the front of his helmet while cycling through the woods, well, how else would directors Edúardo Sanchez and Gregg Hale (who collaborated on The Blair Witch Project) be able to treat us to an unbroken POV shot once he gets turned into a ravenous zombie?

That short, entitled A Ride In The Park, is probably the best of S-VHS, starting with a seemingly done-to-death premise of a zombie attack but then cleverly expanding the narrative in ways that are gruesome and oddly hilarious. But each segment has its pluses, including the cheeky Slumber Party Alien Abduction in which director Jason Eisener (Hobo With A Shotgun) gives the alien swarms a hallucinatory, dreamlike grandeur, which is all the more arresting and impressive considering the low-grade cameras being used.

Quality performances are irrelevant in a film that barely takes the time to develop any of its myriad characters. But because they keep popping up in the movie, serving as a brief intermission between shorts, Levine and Abbott linger longest, which only reminds us that, as inventive as this franchise can be, it would be great if its makers could figure out a better way to connect the different shorts. Or maybe they’ll simply realise that no wraparound structure is even necessary.