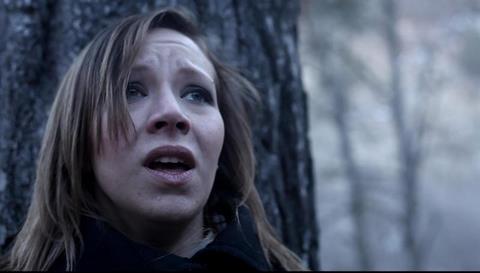 Horror completists should twig fairly early that there wasn’t a first entry in this putative series – in the context of the plot, Sadik is a fictional film which is supposed to have been an underground hit on the strength of rumours that the actors were really killed onscreen.

The snuff scenes are horrid but filmed with some restraint, evoking the added-on coda of the 1978 exploitation effort Snuff in the depiction of the killer filmmakers as part of a regular industry.

Written by Jean-Nicolas Laurent and director Robin Entreinger, this French horror comedy, which world premiered at the UK’s FrightFest event - has six friends (who met at a communal home for orphans, and have taken different directions in life) get together at an isolated cabin over the New Year’s holiday, intent on playing drinking games while watching Return of the Living Dead Part II and Sharktopus, perhaps shooting a short film and finding out things about each other they ought really to know.

Is handsome, unattached photographer Fred (Mathieu Coniglio) gay and will this affect his friendship with blonde Isa (Alexandra Bialy)?  Will gothish Gwendo (Marjolaine Pottlitzer) give a makeover to nice guy Franck  (Guillaime Gamand)?  Just how obsessive a movie fan is VHS-fetishist Kevin (Valentin Bonhomme), who declares the inventor of BluRay should be made to eat his own eyes?  And what does prosperous Marco (Guillaume Levil) actually do for a living?

For the first half of this relatively brief film, Sadik 2 seems like a French Kevin Smith movie as young people talk about pop culture and their various lifestyle shortcomings.  Then, Kevin is snatched into the basement by a film crew and killed on camera by the makers of Sadik.  Harassed pro Antoine (Guillaume Moiton) directs the snuff epic, which stars family man actor Al (Leon Vitale) as masked murderer ‘John le Sadik’.

The remainder of the movie has the rest of the orphans abducted and killed with drills, the instant freeze/hammer gambit, facial skinning and throttling, a power-saw, etc … and the Gallic shrug of a finale has Gwendo run screaming into the night to bump squarely into a horror convention that crops up several times in this year’s FrightFest selection.

It is well-acted and written and the first half almost works as character drama, though surprisingly little is made of the victims’ shared history in care.  However, all that goes out the window when the slaughter starts.  The snuff scenes are horrid but filmed with some restraint, evoking the added-on coda of the 1978 exploitation effort Snuff in the depiction of the killer filmmakers as part of a regular industry, just trying to get the job done, bitching about the chores they have to do because they’re understaffed and falling behind schedule.

A script girl is visibly distressed by what’s going on and flees the scene, which is presented as vague squeamishness rather than a huge moral objection.  It’s surreally flip, but stranger than it is funny.