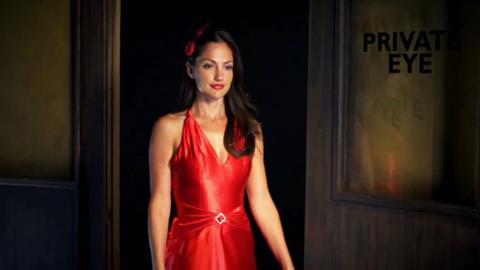 That old Hollywood standby the high school reunion gets dusted down and re-packaged in the engaging but never enthralling Searching For Sonny, the debut film from writer/director Andrew Disney. It is, however, made with a certain style as he aims to blend murder mystery with comedy and with small-screen stars Minka Kelly (Friday Night Lights) and Masi Oki (Heroes) in the leads has the possibility of clicking with home entertainment audiences.

Strong performances from the likes of Dohring (who plays slacker very well), Kelly (suitably sultry), Clarke Peters and Oki (when he eventually turns up) help give the film its energy.

It is not that Searching For Sonny is poor, purely that it feels rather familiar. But Disney is certainly a filmmaker to watch out for and Minka Kelly has real charisma despite her rather clichéd role.

Pizza deliveryman Elliot (Jason Dohring, from Veronica Mars) gets an invitation to his 10th high school reunion back in Texas that is also a cryptic message from his old buddy Sonny (Oki). Elliot is still troubled by an incident a school where he sabotaged a high school play written by Sonny…mainly so he could get to kiss school beauty Eden (Kelly), who he was naturally in love with.

When he arrives at the reunion he finds Sonny missing, so reunited with his twin brother Calvin (Nick Kocher) along with Eden herself he sets out to try and solve the mystery of what has happened to Sonny. Cue mystery and comedy in equal measure – including Eden’s hubby turning up dead – as they track a series of clues.

Strong performances from the likes of Dohring (who plays slacker very well), Kelly (suitably sultry), Clarke Peters and Oki (when he eventually turns up) help give the film its energy with some nice use of flashback and imaginary scenarios and while never completely memorable it is an enjoyable enough romp.