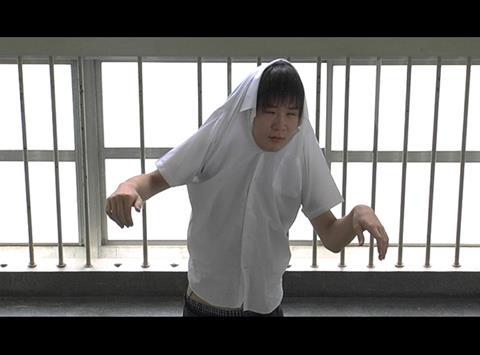 A bizarre and challengingly lo-fi coming of age movie, this debut feature by 24-year-old Tokyo University Film School graduate has a certain oddball New Wave charm and an understanding of its 16 year-old misfit protagonist that lifts it above its technical deficiencies. It also features a graceful and carefree performance by its teen lead, Yoichiro Koizumi, which nails the spirit of an adolescent loner adrift between childhood and the adult world.

Sekai Good Morning!seems genuinely to find something new and fresh to say about the casting off of childhood.

Satoru’s film played in Berlin’s Forum sidebar after picking up the Dragons and Tigers award for young cinema at the Vancouver Film Festival. Further festival action looks likely, but the film has little or no conventional distribution prospects either at home or abroad, mainly because of its careless digital look - with little attempt to correct white balance, poor sound quality, and jerky shuttering in some scenes of rapid movement . The film looks like it was shot on a mobile phone, and is proud of it.

Not particularly bright, young for his age and with few friends, 16 year-old Yuta (Koizumi) lives somewhere on the outskirts of Tokyo. Home is a tiny flat that he shares with his mother, who goes away on business for days at a time, leaving Yuta on his own with money for food (one of the nice things about the film is the way it avoids easy moral judgment on its characters - the mother is more just busy than uncaring, and Yuta doesn’t seem traumatised by her absences).

Every day he walks through an underpass on the way to school, past a homeless man who is usually asleep. One morning Yuta steals his bag; the next day the tramp is dead. With his mother away on one of her extended business trips, Yuta decides to return the bag to the homeless man’s family, and begins to visit people whose addresses he finds in the bag.

This bare plot description has to be pieced carefully together by a wide-awake viewer, as the main story cruxes are dealt with in a throwaway, blink-and-you-miss them way. The director seems more interested just to watch as Yuta plays air guitar in his room, miming along to the song by Artless Note that gives the film its title, and records little inconsequential diary entries onto a portable tape recorder; or to dwell on the characters Yuta meets along the way, like a young workman who used to play in  a band called Frank Panda - which Yuta has never heard of.

Music is sparse, and background sound effects are often bizarrely muted or surge suddenly to the fore. We hear radio reports of a spate of teen suicides, and others charting the progress of a man attempting to circumnavigate the globe in a hot-air balloon - something that will come up, without quite being explained, in the film’s lyrical final shot. It would all seem a little too self-indulgent -an attempt perhaps to distill the free-form style of Haruki Murakami’s fiction into cinema - if it weren’t for the fact that through its rambling, intuitive story and oblique symbolism, Sekai Good Morning! seems genuinely to find something new and fresh to say about the casting off of childhood. All we need now is for someone to give the director the money to shoot it properly.