CINEMATOGRAPHER: It is unusual for a DoP to work his way up the camera department on set; there are a lot of steps to climb. 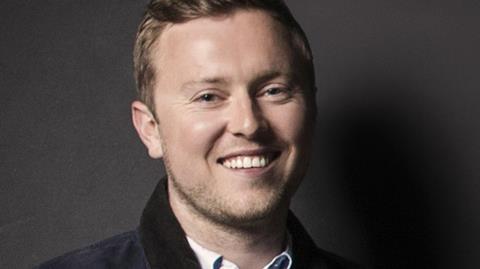 But with two features as head of department due out in 2014, 30-year-old Durham-born Bell has established himself as a name to watch in the UK film industry.

Bell went to film school at Northumbria University and quickly realised the camera was calling.

He took a job as a trainee and credits his professional development to mentors Sam McCurdy (The Descent) and Lol Crawley (Mandela: Long Walk To Freedom).

“While I was a camera trainee, I was borrowing the cameras and shooting shorts for myself,” recalls Bell.

“It got to a point where I started getting a few thousand pounds budget as DoP. In the meantime I was getting longer feature jobs as camera assistant and turning them down.

“It’s not an easy progression. I wouldn’t say I come from an affluent background and I didn’t have much money to be turning down paid work, but I wanted to build my reel up, get a reputation.”

Bell is currently working on the Irish feature Tiger Raid, starring Robert Sheehan and Brian Gleeson, which will shoot in Jordan.