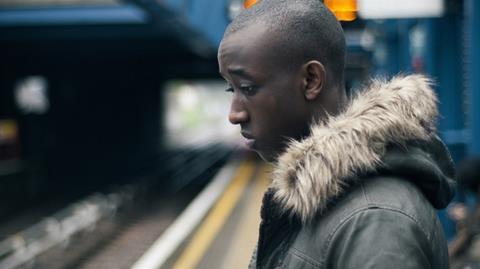 Sixteen is a restrained, low-budget drama about a former African child soldier who tries to adapt to life on a London council estate. Written and directed with evident integrity by celebrated short-film-maker Rob Brown, Sixteen is a small-scale feature that promises good things to come from all the principals involved.

Roger Jean Nsengiyumva is a find in the lead role. His character is required to be mostly silent, and that’s a difficult proposal for this young actor who still manages to convey all of Jumah’s pain and confusion.

Standing alone, however, Sixteen lacks a strong selling point to clear the commercial hurdles for exposure. With a touch of My Brother The Devil (sharing the actor Fady Elsayed in a smaller role), and a little of Harry Brown - without the crunching violence - it’s a more modest affair than either and will need to shout to be noticed. Part funded by Kickstarter, it has a sad, elegiac air and a certain dignity, although occasionally that can come across as downbeat.

Sixteen’s story centres around Jumah, a former child soldier now living in a Bexley council block with his notably upmarket adoptive mother Laura (Stirling), a nurse. Understandably, Jumah is finding it hard to adapt and, unfortunately, his first resort is almost always his fists. He’s already on notice of permanent exclusion from the school, but all is not yet lost as Sixteen commences. Jumah has at least one good friend, and the beginnings of a relationship with a girl called Chloe (a resolute performance from Rosie Day).

But when Jumah witnesses a murder by a local drug-dealer’s apprentice (Elsayed) - who also attends his school – this 16 year-old knows what the repercussions will be because he has learned his lessons in far more appalling circumstances that could ever transpire on a South London estate.

Sixteen makes interesting artistic decisions throughout – with sound in particular – and is carefully composed and framed. A sequence where Jumah, who would like to be a barber, cuts Chloe’s hair, is affecting. Dramatically, the teenager is his own worst enemy, however, and it is sometimes difficult watching a film where the wrong choices are consistently made for plot convenience. At no point does the taciturn Jumah confide in anyone, or consider anybody can help – teachers, police, mother, girlfriend - and listening to a sequence of characters repeatedly cry: “Don’t do something stupid Jumah!” eventually becomes wearying.

Roger Jean Nsengiyumva is a find in the lead role. His character is required to be mostly silent, and that’s a difficult proposal for this young actor who still manages to convey all of Jumah’s pain and confusion.Technical credits are strong, particularly in sound and lighting departments for what is clearly a very low budget affair.