Skyfall continues to shake up records at the UK box office 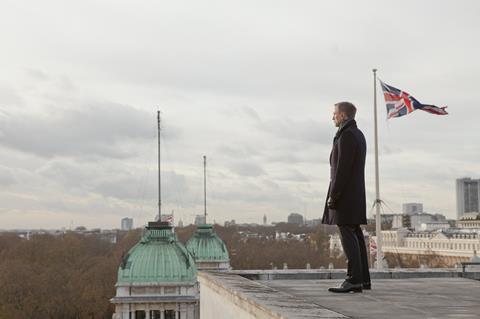 Having secured the biggest first week in UK box office history with $59.8m (£37.2m), Skyfall has continued to dominate the UK in its second weekend, becoming the fastest film ever to reach £50m.

The latest Bond outing has become the first film to record two consecutive £15m+ weekends after it only fell around 20% week-on-week for a $25.7m (£16.1m) second weekend. By comparison, the films it is behind on the all-time openings list - Harry Potter and the Deathly Hallows Part 2 and Toy Story 3 - dropped 62% and 64% respectively.

Avatar, the current all-time record grosser in the UK, had a slower start with $29.7m (£18.6m) after ten days on its way to $150.2m (£94m) following eleven consecutive £2m+ weekends, so it’s hard to gauge whether Skyfall can challenge its final tally but given the records it has already slain, you wouldn’t want to bet against Sony’s behemoth.

Showcasing admirable resolve in the face of the Bond onslaught, Paramount’s Madagascar 3: Europe’s Most Wanted enjoyed a slight 1% boost in its third weekend.