Something In The Air 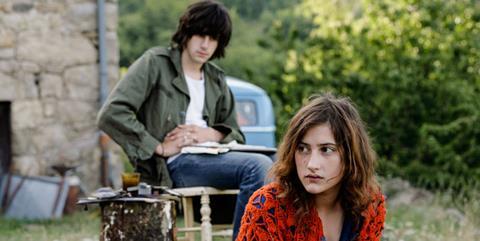 The two titles, in French and English, of the new Olivier Assayas film Something In The Air (Apres Mai) offer a pretty accurate image of his film. More of an historical than a dramatic chronicle of Paris in the early seventies, this rich embroidery is imbued with the spirit of May 1968 and that “something in the air”, a need to rise up and shake the world out of its complacency, is the driving force behind all the characters in it.

Unlike most others who attempted the same kind of project, Assayas does not seem to be motivated by nostalgia for that period, and his is more an attempt to understand a moment in history which he witnessed personally.

Beginning with the February 1971 demonstrations, Assayas follows a group of youngsters about to graduate high school who far more immersed in political ideals and upheavals than in any practical aspect of their studies. Offering a detailed study of the period, with particular attention to all the intellectual imports that left their marks on it, the script may lack a stronger dramatic backbone to hold it all together for over two hours, anyone interested in that particular time should not miss it.

Whether it is autobiographical or not is of secondary importance, though no doubt there will be much written on that subject. The main character, Gilles (Charles Metayer) does end, after all, in the world of cinema just like Assayas, who was Gilles’ age at them time, but like an old Chinese philosopher used to say, what really counts is not the end of the road but the road itself.

Together with his pals Alain (Felix Armand) and Jean-Pierre (Hugo Conzelmann), Gilles participates in demonstrations, writes slogans on the walls, distributes revolutionary leaflets and feels like a full time soldier in the war against the decadent, corrupt bourgeoisie. After throwing a Molotov cocktail at some security guards and injuring one of them, the group disperses temporarily and Gilles takes off to Italy in the company of another rebel, Christine (Lola Creton), moving from one bunch of comrades to another, attending and often participating in the ideological battles which were putting down old-fashioned, collaborationist communism, in favor of Trotskyism or outright anarchism, and observing activist groups about to prepare the world for the revolution of tomorrow.

But Gilles, a painter at heart, even if he does sympathise with all these radical notions, is gradually drifting away and even if he can’t stand helping his father, a script writer, in adapting Simenon’s Maigret stories for television, this is clearly his predestined future. The others, by the way, are bound to follow his example, one way or another, sooner or later.

Crammed with incidents and episodes, coming in quick succession one after the other, Assayas’ film manages to put together a faithful, and no doubt well documented – after all he did live through it all even if this is not exactly his own story – portrait of turbulence and chaos, out of which something entirely new was supposed, but never did, emerge.

The drug culture has its share, the multitude of opinions vented by the so-called “free press” is here too, so do the films that come out at the time (clips out of Bo Widerberg’s Joe Hilland Jorge Sanjines’ The Night Of San Juan), the music of the period (at one point, Johnny Flynn sings a Phil Ochs ballad from the sixties), the moods and the cultural winds blowing from east and west alike. Briefly, this is a real time-machine trip into the past and to Assayas’ credit, rarely has a movie done such an intelligent and thorough job of it.

Unlike most others who attempted the same kind of project, Assayas does not seem to be motivated by nostalgia for that period, and his is more an attempt to understand a moment in history which he witnessed personally, but was probably too involved in it, as most people at the time were, to have an accurate perspective which can be reached only with time. If the characters themselves aren’t terribly original and their stories are spread rather thin, it is because the film tries to cover so much ground and focus so precisely on the background details.

Though he uses a young and almost anonymous cast (with the exception of Lola Creton who is already rated an up-and-coming star), Assayas gets the best out of them. Eric Gautier’s expert camera can be documentarily rough in action or lavish in poetical nature scenes, while swift and clever editing establishes a different mood for each of the episodes, and if anyone wonders why nothing had come of it all, the answer may be, and it is evident in this film as well, that most of those concerned at the time with the fate of  “working class”, never belonged to that class themselves.