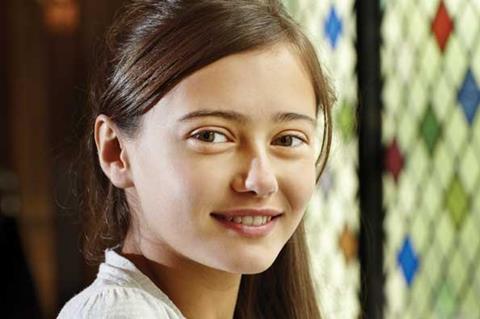 Having spent a year on stage at London’s Theatre Royal Drury Lane as part of the chorus in the musical Oliver!, Ella Purnell is now moving seriously into film. Top of the list is playing the young version of Keira Knightley’s character in Mark Romanek’s Never Let Me Go. Due out in October, the adaptation of Kazuo Ishiguro’s novel also stars Carey Mulligan and Andrew Garfield. In the autumn, Purnell will be seen in Gustavo Ron’s Ways To Live Forever. And she is about to leave for Madrid to film Juan Carlos Fresnadillo’s The Intruder in which she stars alongside Clive Owen. The 13-year-old has relished the chance to essay different kinds of characters - from the scheming extrovert in Never Let Me Go to the love-struck teenager in Ways To Live Forever and the sweet adolescent whose imagination plays tricks on her in The Intruder. “I love acting, and working with actors like Keira and Carey has made me realise how exciting it can be,” she says.